Not all that long ago, Princess Charlotte wouldn’t have even been a spare heir. She would’ve just been a plain ol’ princess.

But in 2013, with the Succession to the Crown Act, retroactively applying to all those born after Oct. 28, 2011, Queen Elizabeth II and the British Parliament made it so that the line of succession would stop skipping over girls in favor of younger brothers, and made it so that a daughter of the heir to the throne would remain in line according to her place in the birth order.

Anyway, Charlotte—who will still descend the ladder when her big brother Prince Georgestarts his own family one day, as Prince Harry did when Prince William and Kate Middleton started theirs—was already destined to be so much more than a spare heir, a term that dates back to the late 1800s, when American Consuelo Vanderbilt described her two children with the 9th Duke of Marlborough as “the heir and the spare.”

Charlotte’s 5th birthday is being celebrated Saturday with a necessarily low-key party, likely at the family’s Anmer Hall estate in Norfolk, where the Duke and Duchess of Cambridge are riding out the physical distancing advisories implemented due to the COVID-19 pandemic. The pre-kindergartner happens to have been born to the generation that in many respects has already been tasked with ensuring that the British royal family remains relevant for the foreseeable future and useful in a way that it didn’t need to worry about being 100 years ago.

The queen, Charlotte’s great-grandmum, remains a revered, symbolically unifying figure at 94, and in her 68-year reign she has pretty much seen it all, globally and within her own family, as the monarchy’s influence has expanded and contracted over time.

Prince Charles, 72, is poised to become king when need be, and when that happens, William will become the Prince of Wales (the title historically given to the eldest son of the sovereign) and first in line to the throne. 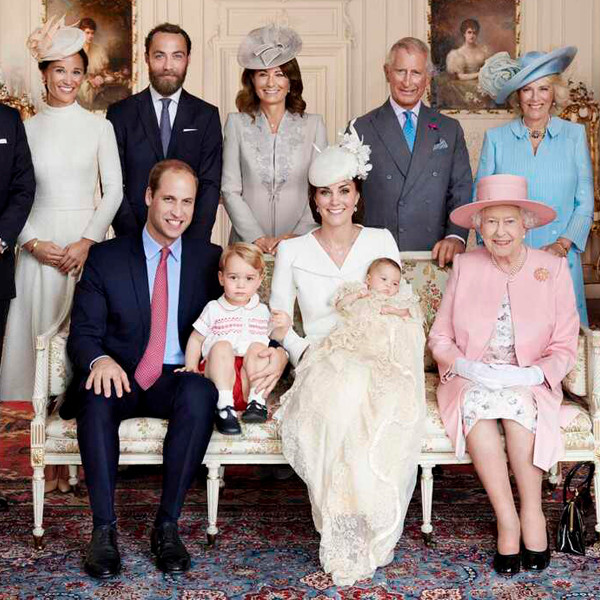 When Charlotte was born in 2015, in a post-Succession to the Crown Act world, much was made of her spare-heir status. Commentary flooded in as to how she could avoid being too much like, well… like her Uncle Harry, who had a famously rocky young-adulthood, acting “more army than prince” as he himself would characterize his behavior. (Later, he opened up about how unresolved anger and depression stemming from Princess Diana‘s death when he was 12 affected his behavior.)

Of course, by the time Charlotte arrived, Harry had carved out an estimable niche for himself as a humanitarian and full-time working royal, often joining forces with his brother and sister-in-law on charitable projects, but also distinguishing himself on his own with his work on behalf of military veterans and families affected by HIV/AIDS in Africa. He still had some issues to work out, but his wildest days were behind him.

“I feel there is just a smallish window when people are interested in me before [William’s kids] take over,” Harry told his biographer Angela Levin in 2017, “and I’ve got to make the most of it.”

A million developments later, Harry is no longer a working royal, having decamped with his wife, Meghan Markle, and son Archie to the United States to do his own similar-looking but independently-financed thing away from the crushing glare of the UK. tabloids.

For years, though, before he settled into his lofty position with the Firm (and was still a bachelor seeking The One), royal watchers and people close to him speculated that if anyone was going to do his own thing and perhaps even live on another continent part of the time, it was going to be Harry.

“He wasn’t going to be happy living his life in William’s shadow,” royal biographer Katie Nicholl told E! News’ Melanie Bromley in 2015 when Charlotte was born, discussing the spare-heir struggle. “He recognized that not being the heir gave him a greater freedom. When William said he wanted to be a policeman so he could look after his mother, Harry, who was very young at the time shot back, ‘You can’t because you’ve got to be king.'”

Prince Charles has long envisioned a slimmed-down monarchy, one in which fewer members of his family are considered full-timers (and therefore partaking of the public money that helps keep the Firm up and running), but by all accounts his smaller troop of working royals would have included his younger son, who has historically been very popular in Britain and beyond.

While we’re years away from anyone having to make any decisions about who does what—Prince George, who’s third in line to the throne, has to conquer the second grade first, at least—it’s already apparent that William and Kate have put a priority on filling their children’s lives with normal activities while also readying them for, if not their future not-quite-normal lives just yet, then lives of gratitude and public service. 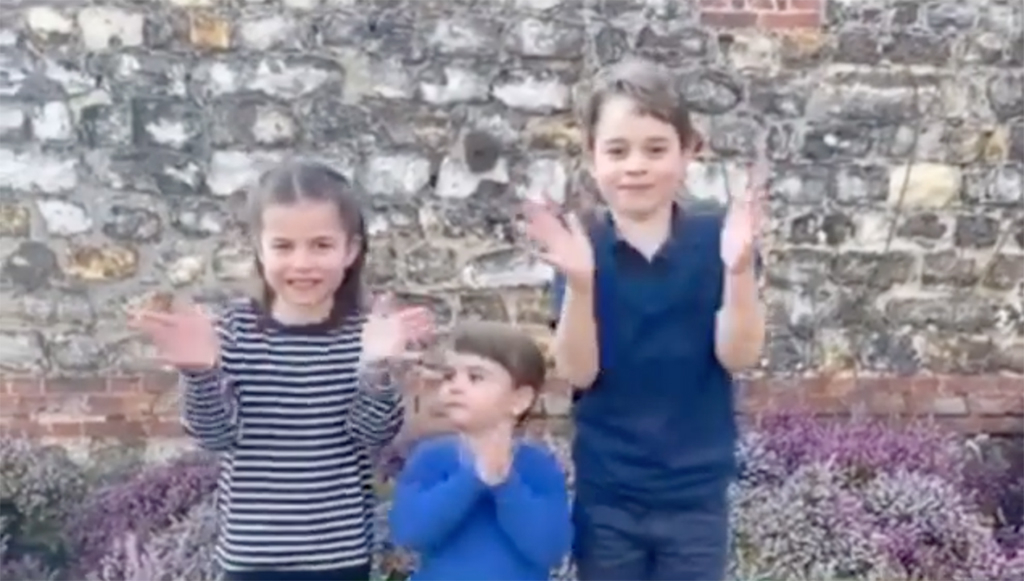 These recent fraught weeks have been an opportunity to do just that, as George, Charlotte and Louis have been joining in the nightly applause for the National Health Service and other frontline workers busy fighting the novel coronavirus and keeping society running during all the shutdowns. Last month, at the queen’s Sandringham estate, Charlotte and George joined William and Kate in packing up food to be delivered to isolated seniors in the area.

Princess Diana strove to strike the right balance between honoring her eldest son William’s destiny and making Harry feel just as special, and that was just on the royal front. She also famously wanted her sons to experience life outside the literal and proverbial palace walls, taking them with her to visit homeless shelters and hospital patients.

And apparently she saw a sparkle in Harry that made him more of a natural people person than his brother.

Birth order, naturally, made the decision for everybody.

As far as taking after Harry, Charlotte could do worse in the popularity department—and she’s already standing out as much as a 5-year-old surrounded by future kings can with her congenial but relatable (we’ve all had tantrums at the airport) personality.

But the vast public interest in Harry’s life—including why his home country has been so invested in his romantic fortunes—was shaped by especially unique circumstances, most notably the loss of his mother at a young age, and may Charlotte’s life be entirely uneventful in that regard.

As the constraints governing the public side of the royals’ personal lives have incrementally loosened over the years—once upon a time, marrying a Catholic, let alone a divorced American, required a royal to step out of the line of succession—Charlotte will face a decidedly different romantic landscape than even her father, though he was lucky enough to fall in love with a fellow student at university who proved to be an ideal match.

At the same time, similar to her uncle, she simply won’t have the expectations foisted upon her that will be foisted upon her older brother—other than the general expectation that she lead an honorable life and try not to embarrass the family too much.

That being said, no one, future king or not, has managed to not embarrass the family at all, so she shouldn’t feel pressured to be an angel.

So far, Charlotte has distinguished herself in the normal, best-case-scenario ways—as a smart, spirited child with a thousand-watt smile; a devoted big sister who dotes on her little brother, Prince Louis, whom she happily shared her official 3rd-birthday portrait with in 2018; and a charmer with a spot-on royal wave. Her parents call her Lottie. She loves olives and the color pink. She takes ballet at Thomas’s Battersea School, as does George. The older kids have become Kate’s kitchen helpers, especially when it comes to making their “favorite cheesy pasta” or homemade pizza dough, the Duchess of Cambridge has shared, and they adore their dog, Lupo. 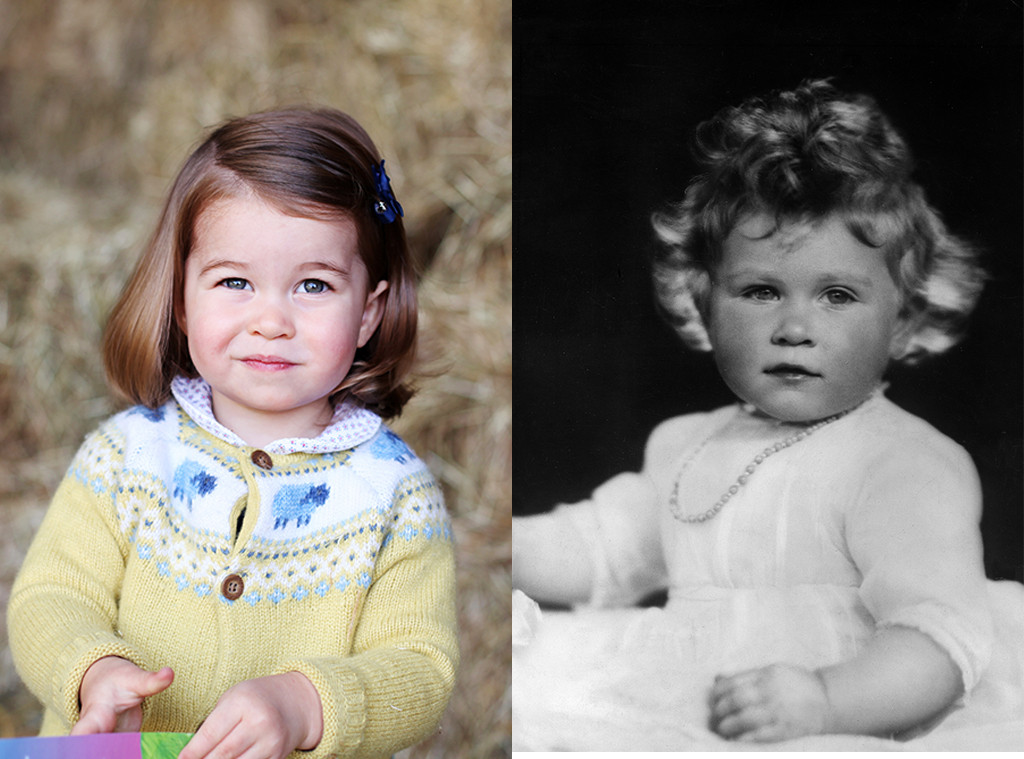 Physically speaking, right away Charlotte drew comparisons to the queen as a little girl, and she too may be a natural-born leader, like Granny.

“[Kate] said that Charlotte is growing up really fast. She is the one in charge,” the wife of a Royal Marine officer, who had a mum-to-mum chat with the duchess at the opening of a war memorial, told reporters in 2017.

“She’s definitely the biggest character of the three children at the moment,” a source told Us Weekly in 2018. “She’ll come up to guests and ask them if they want tea or coffee or offer them sweets—so adorable!”

It could just be the familial resemblance, but we’re also already getting Princess Anne vibes—though due to the archaic system of male primogeniture in place at the time, the queen’s second-eldest child wasn’t even considered the spare heir once her younger brother Prince Andrew was born, and she remains lower on the ladder than all three of her brothers’ six children.

But Anne, though a full-time working royal who most years outpaced her brother Charles in official engagements, has simultaneously been the picture of a modern, independently minded member of the family—one who didn’t give her son, Peter Phillips, and daughter, Zara Tindall, royal titles in order to foster their own independence from the crown. An accomplished equestrienne and free to pursue her dream (“for a limited time,” at least, she told Vanity Fair), Anne was the first British royal to compete in the Olympics. Otherwise, she has dedicated most of her public life to various charities, most notably Save the Children, which she’s been president of since 1970. And, not unlike many of the women in her family, she’s been hailed as a fashion icon in her own right. 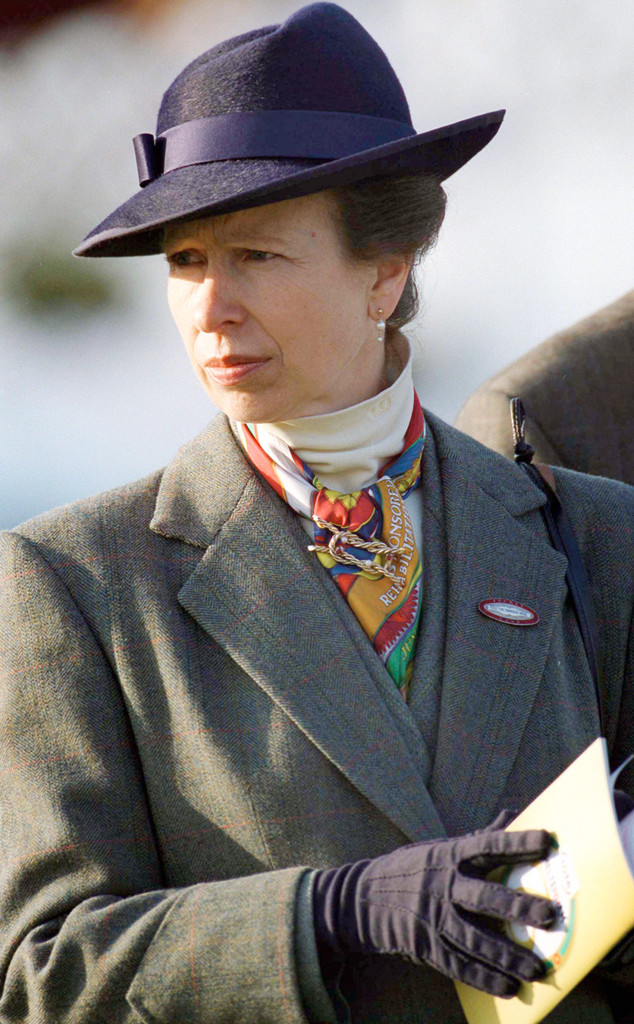 “I still try and buy materials and have them made up because I just think that’s more fun,” Anne told VF recently in a rare interview. “it also helps to support those who still manufacture in this country…I very seldom buy anything which isn’t made in the U.K.”

“She’s a gem,” a longtime close protection officer for the royals told Vanity Fair about Anne. “Truly one of the nicest and most hardworking of them all.”

The Princess Royal was also, incidentally, the first member of her family to give birth to her children in a hospital, which is now the common practice, rather than one of the royal residences. 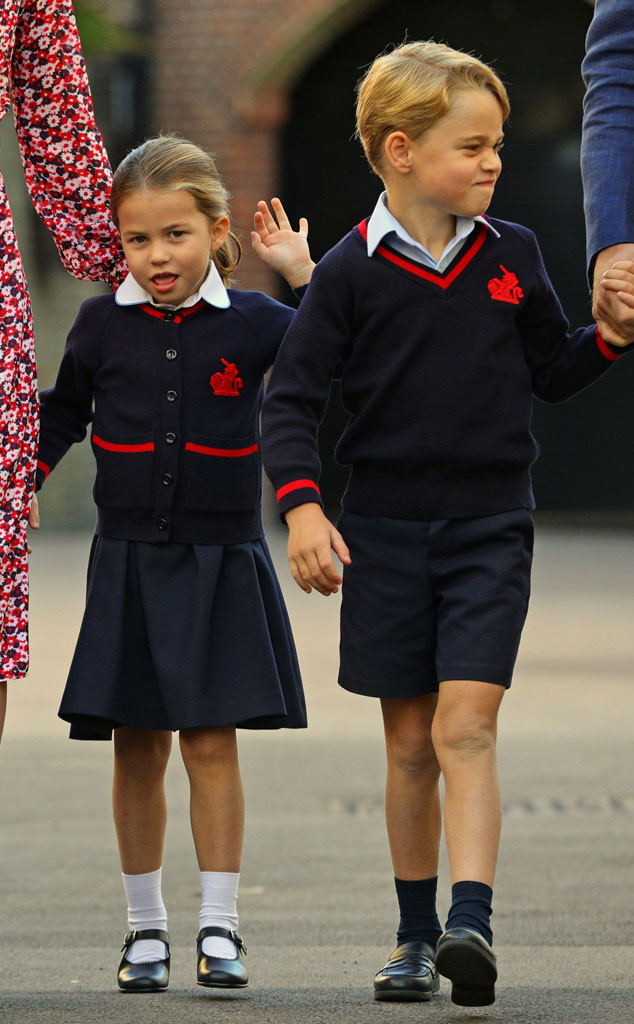 So, going by how Princess Charlotte has been raised these last five years and the women in her family she has to look up to, we’re picturing a combination of familial devotion, pragmatism, service and spunkiness, with some inevitable trailblazing as the eldest daughter of the future King of England (21st century edition) thrown into the mix as well.

There will always be heightened interest in what Charlotte is up to, as Kate and William’s only daughter, and everything from her fashion (the “Charlotte Effect” has already pumped many dollars into the U.K. retail economy), to her education and extracurriculars, to her eventual choice of mate will the get the once- (and twice-, and third-) over.

But the possibilities are endless, especially considering she has modernity and birth order on her side. As the first girl in her storied family who will keep her place in the line of succession over her younger brother, the role of spare heir will be whatever she makes of it.