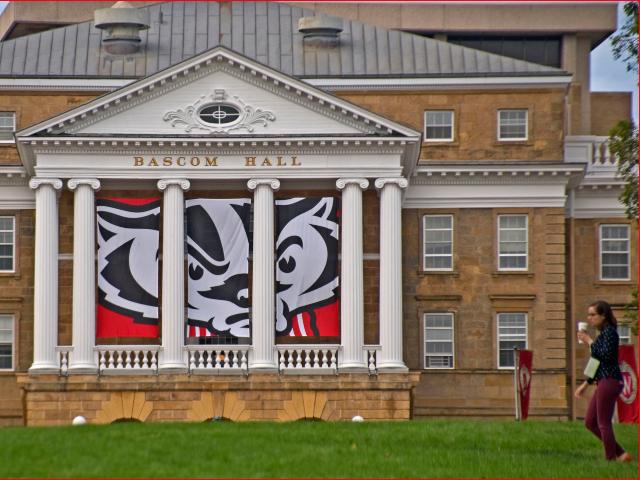 The University of Wisconsin at Madison announced this week that it has redesigned one of its logos to pay tribute to the Black Lives Matter movement. The logo will be prominently featured on athletic uniforms next season.

According to a report by the College Fix, the University of Wisconsin-Madison announced last week that it has modified one of its logos to honor the Black Lives Matter Movement. The university’s popular crest will now feature a black “W” as a nod to the recent racial justice protests that emerged following the death of George Floyd.

You say your an ally… show us! 💯 @UWMadison @UWBadgers pic.twitter.com/pLq7S9Tfoo

University of Wisconsin football player Faion Hicks initially asked the university to consider modifying the crest. Hicks argued that the modification would allow athletes to show their support for racial justice causes on the field.

We, the current and former athletes at University of Wisconsin – Madison, request to adorn our uniforms with a University crest that displays a BLACK ‘W’. It is our show of solidarity and commitment to the inclusion of Black and other under-represented students that their lives matter. We stand with them in their fight for racial equality, inclusion and justice. We further stand with them against police brutality and systematic racism.

In a statement, UW-Madison Director of Athletics Barry Alvarez said that the change to the crest is a symbolic representation of the university’s commitment to “diversity and inclusion.”

“I have previously stated my commitment to taking meaningful steps involving issues of diversity and inclusion in our athletic department,” Alvarez said in a short statement. “There is plenty of work to do, but I am pleased we will be able to show our support in a way that is important to our student-athletes.”

UW student-athletes asking for a patch/sticker on all #Badgers uniforms displaying the Black “W” inside the University’s crest https://t.co/BBmR2Msn5a pic.twitter.com/XiwyQLA3QL