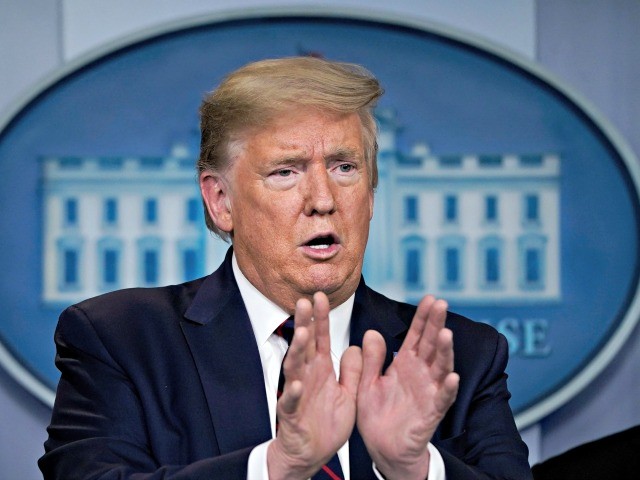 President Donald Trump warned Americans on Tuesday that they were looking at a “very very tough few weeks” in the fight against the coronavirus.

“I want every American to be prepared for the hard days ahead,” Trump said. “We are going to go through a very tough two weeks.”

The president shared his reaction to the news of outbreaks in New York City and New Jersey and watching the number of cases and deaths from the virus.

The White House shared a new document urging Americans to continue working to slow the spread of the virus by following the federal guidelines to isolate themselves at home.

But the president predicted that there would be “light at the end of the tunnel” that would encourage Americans to remain strong.

Despite his seriousness during the briefing, Trump’s indefatigable optimism remained, looking forward to the end.

“We’re going to see things getting better all of a sudden, and it’s going to be like a burst of light, I really think and I hope,” he said.

Trump said that Americans’ endurance would be tried, but that they would meet the challenge with courage and resolve.

“America will answer with love, courage, and ironclad resolve,” Trump said. “This is the time for all Americans to come together and do our part.”