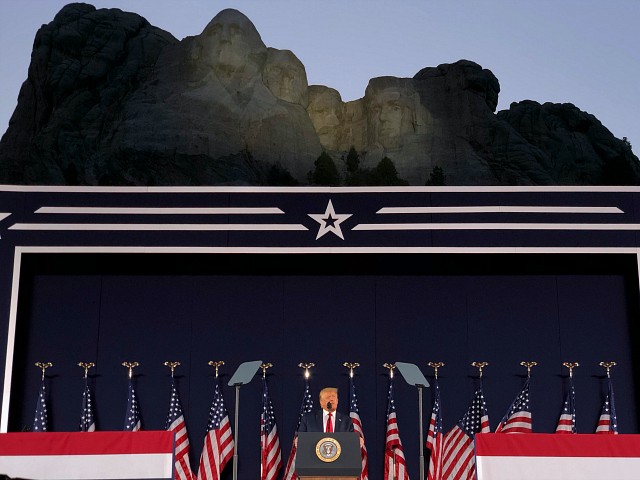 On Friday evening, in front of Mount Rushmore, President Donald Trump declared to the American people that the monument of Presidents George Washington, Abraham Lincoln, Teddy Roosevelt, and Thomas Jefferson “will never ever be destroyed.”

At the Independence Day ceremony, Trump said Mount Rushmore represented “the greatest Americans who’ve ever lived” and vowed that far-left rioters would never be allowed to tear down United States history.

“Today we pay tribute to the exceptional lives and extraordinary legacies of George Washington, Thomas Jefferson, Abraham Lincoln, and Teddy Roosevelt,” Trump said. “I’m here as your president to proclaim before the country and before the world, this monument will never be desecrated.”

“These heroes will never be defaced. Their legacy will never ever be destroyed,” Trump said. “Their achievements will never be forgotten and Mount Rushmore will stand forever as an eternal tribute to our forefathers and to our freedom.”