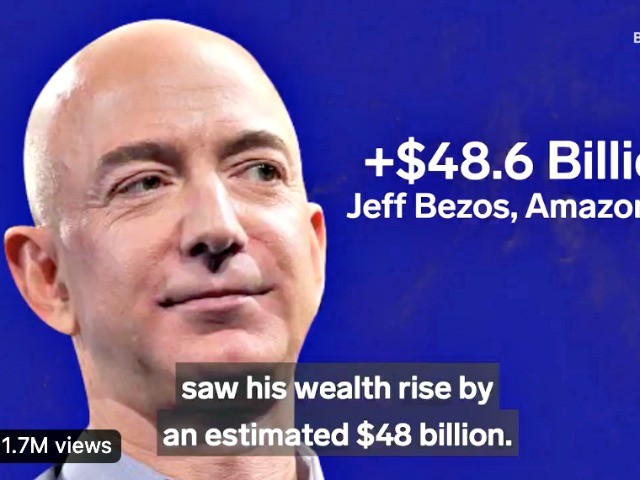 President Donald Trump criticized America’s top billionaires on Saturday for massively increasing their net worth during the coronavirus pandemic.

“I actually agree with this,” Trump wrote on Twitter. “Too much income disparity. Changes must be made, and soon!”

This is the first time the president has indicated that a growing wealth disparity was a problem in the United States that needed to be fixed.

The nine-minute video focuses on how the wealthy typically receive big financial profits during times of economic crisis and experience big tax cuts and breaks and store their money in offshore accounts.

I actually agree with this. Too much income disparity. Changes must be made, and soon! https://t.co/YZx6gPDTMb