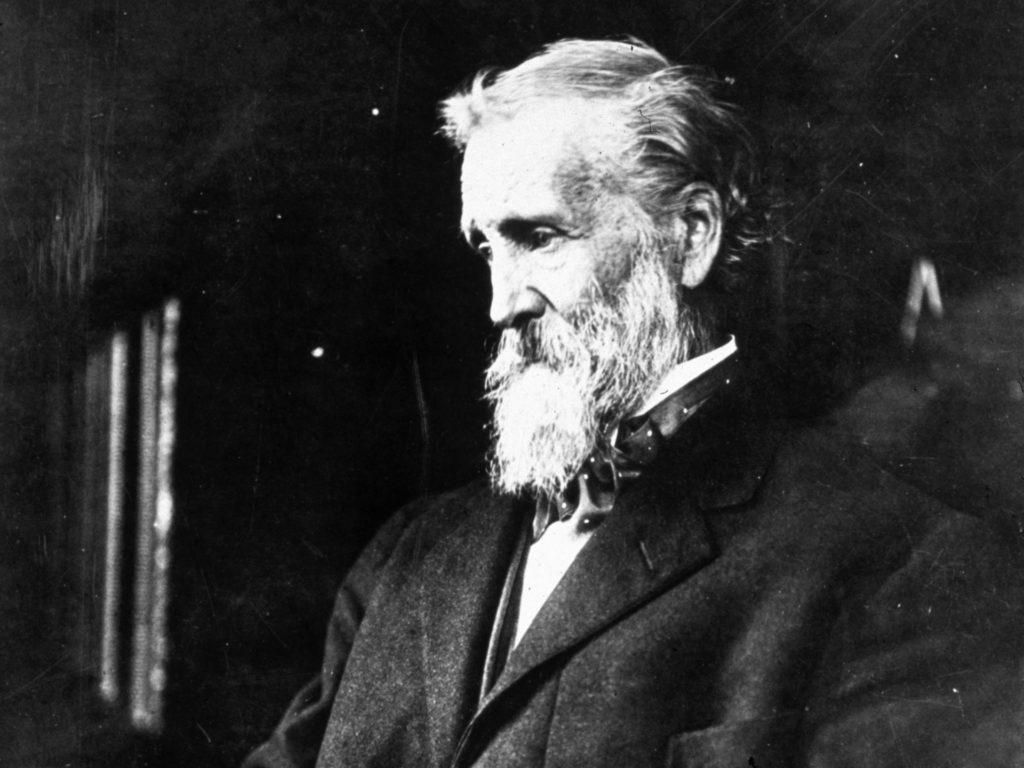 Michael Brune, executive director of the Sierra Club, wrote in an online post on Wednesday titled “Pulling Down Our Monuments,” that the once conservation now environmental activist group must face its role in promoting white supremacy.

“The Sierra Club is a 128-year-old organization with a complex history, some of which has caused significant and immeasurable harm. As defenders of Black life pull down Confederate monuments across the country, we must also take this moment to reexamine our past and our substantial role in perpetuating white supremacy,” Brune wrote.

This includes “some truth-telling about the Sierra Club’s early history.”

Muir, who founded the club in 1892, helped spawn the environmental movement and is called “father of our national parks.”

But, Brune promised, the alleged racist past of the club will not be the only activism it will advance, including “posts on how we’ve had to evolve on issues of immigration and population control, environmental justice, and Indigenous sovereignty.”

Brune wrote about the early club members and Muir:

The most monumental figure in the Sierra Club’s past is John Muir. Beloved by many of our members, his writings taught generations of people to see the sacredness of nature. But Muir maintained friendships with people like Henry Fairfield Osborn, who worked for both the conservation of nature and the conservation of the white race. Head of the New York Zoological Society and the board of trustees of the American Museum of Natural History, Osborn also helped found the American Eugenics Society in the years after Muir’s death.

And Muir was not immune to the racism peddled by many in the early conservation movement. He made derogatory comments about Black people and Indigenous peoples that drew on deeply harmful racist stereotypes, though his views evolved later in his life. As the most iconic figure in Sierra Club history, Muir’s words and actions carry an especially heavy weight. They continue to hurt and alienate Indigenous people and people of color who come into contact with the Sierra Club.

Other early Sierra Club members and leaders — like Joseph LeConte and David Starr Jordan — were vocal advocates for white supremacy and its pseudo-scientific arm, eugenics. Jordan, for example, served on the board of directors during Muir’s presidency. A “kingpin” of the eugenics movement, he pushed for forced-sterilization laws and programs that deprived tens of thousands of women of their right to bear children — mostly Black, Latinx, Indigenous, and poor women, and those living with disabilities and mental illness. He cofounded the Human Betterment Foundation, whose research and model laws were used to create Nazi Germany’s eugenics legislation.

Brune said, in its early days, the Sierra club was “basically a mountaineering club for middle- and upper-class white people who worked to preserve the wilderness they hiked through.”

But according to an article in Smithsonian Magazine, Muir’s accomplishments outweighed his human shortcomings:

Today, Muir has become such an icon that it’s hard to remember that he was ever a living human being, let alone a wide-eyed and adventurous young man—a Gilded Age flower child. Even at the Yosemite Visitor Center, he’s depicted in a life-size bronze statue as a wizened prophet with a Methuselah beard. In a nearby museum, his battered tin cup and the traced outline of his foot are displayed like religious relics. And his pithy inspirational quotes—”Climb the mountains and get their good tidings. Nature’s peace will flow into you as sunshine into trees”—are everywhere. But all this hero worship risks obscuring the real story of the man and his achievements.

“There are an amazing number of misconceptions about John Muir,” says Scott Gediman, the park’s public affairs officer. “People think he discovered Yosemite or started the national park system. Others assume he lived here all his life.” In fact, says Gediman, Muir lived in Yosemite off and on for only a short but intense period from 1868 to 1874, an experience that transformed him into a successor to Henry David Thoreau and Ralph Waldo Emerson. Later in life, Muir would return to Yosemite on shorter trips, burdened with his own celebrity and the responsibilities of family and work. But it was during the happy period of his relative youth, when he was free to amble around Yosemite, that Muir’s ideas were shaped. Some of his most famous adventures, recounted in his books The Yosemite and Our National Parks, were from this time.

As a celebrated elder statesman of American conservation, he continued to visit Yosemite on a regular basis. In 1889, in his early 50s, Muir camped with Robert Underwood Johnson, an editor of Century magazine, in Tuolumne Meadows, where he had worked as a shepherd in 1869. Together they devised a plan to create a 1,200-square-mile Yosemite National Park, a proposal Congress passed the following year. In 1903, the 65-year-old Muir and President Theodore Roosevelt were able to give Secret Service agents the slip and disappear for three days, camping in the wild. It was during this excursion, historians believe, that Muir persuaded the president to expand the national park system and to combine, under federal authority, both Yosemite Valley and Mariposa Grove, which had remained under California jurisdiction as authorized by Lincoln decades before. Unification of the park came in 1906.

The San Francisco Chronicle is one of many media outlets reporting on the Sierra Club’s transformation:

Brune said the club is making a commitment to change, including shifting $5 million of its budget for investments “in our staff of color and our environmental and racial justice work.” The organization is also redesigning its structure so that “leaders of color at the Sierra Club make up of the majority of the team making top-level organizational decisions.”

Ramón Cruz, who in May became the Sierra Club’s first Latino president, said the concerns about Muir and others connected to the organization’s early days aren’t a new topic for the Bay Area environmental group, and this isn’t the first action the club has taken toward reform.

“This has been discussed for many years within the club, but never as publicly as today,” Cruz said in an interview with the Chronicle. “It’s part of a wave of introspection that groups throughout the country are facing” since George Floyd was killed in Minneapolis police custody in May.

“The process started in 2016, Cruz said, when Brune and other Sierra Club leaders called on the National Park Service to change the name of LeConte Memorial Lodge in Yosemite Valley after learning that Joseph LeConte, a U.C. Berkeley professor and a co-founder of the club, had written for years on his racist views,” the Chronicle reported. “The lodge is now known as the Yosemite Conservation Heritage Center.”

“The whiteness and privilege of our early membership fed into a very dangerous idea … that exploring, enjoying and protecting the outdoors can be separated from human affairs,” Cruz said. “The persistence of this misguided idea is part of the reason why we still get comments from our own members telling us to ‘stay in our lane’ and stop talking about issues of race, equity and privilege.”

The Chronicle reported on reaction to Brune’s post based on the comments posted, with some expressing support while other opposing the “revisionist” history and vowing to stop supporting the organization.