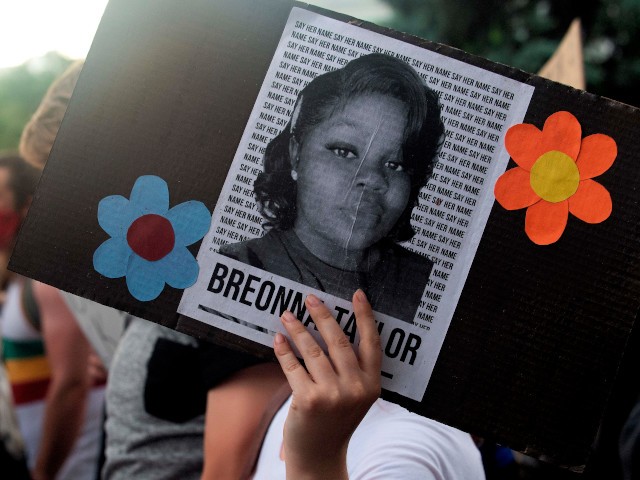 Audio recordings of interviews about the fatal encounter in which Breonna Taylor was tragically killed by Louisville, Kentucky, police suggest officers knocked and may have identified themselves before firing, contrary to early claims.

Taylor, 26, an emergency medical technician, was killed in March when police were serving a “no-knock” warrant at her apartment and startled her boyfriend, who fired at what he perceived to be intruders. Police returned fire, killing Taylor.

The case has joined the George Floyd killing in May among the iconic deaths that the Black Lives Matter movement seeks to redress, and cites as proof of “systemic racism” in law enforcement and society in general.

However, the details of what happened are becoming murkier as investigations unfold.

Newly-released audio from the internal investigation into Breonna Taylor’s death illustrates conflicting accounts of whether police identified themselves before ultimately breaking down Taylor’s door in an incident which led to her death.

The audio, first reported by NBC News and obtained by CNN, includes the Louisville Metro Police Department’s interview with Taylor’s boyfriend, Kenneth Walker, on the night of the shooting.

Walker, who was audibly upset, described multiple knocks and both he and Taylor shouting “who is it” to no response.

Separately, Sgt. John Mattingly, who was wounded in the encounter and returned fire, was interviewed about his account of events:

In the interview, Mattingly maintains that officers identified themselves repeatedly before breaking down Taylor’s door.
Though the narcotics warrant that police say they were serving at Taylor’s door was a so-called no-knock warrant, Mattingly told investigators the officers were instructed to knock on the door.

Mattingly was fired over the incident. Critics say he was denied due process before losing his job.

Joel B. Pollak is Senior Editor-at-Large at Breitbart News and the host of Breitbart News Sunday on Sirius XM Patriot on Sunday evenings from 7 p.m. to 10 p.m. ET (4 p.m. to 7 p.m. PT). His new book, RED NOVEMBER, is available for pre-order. He is a winner of the 2018 Robert Novak Journalism Alumni Fellowship. Follow him on Twitter at @joelpollak.