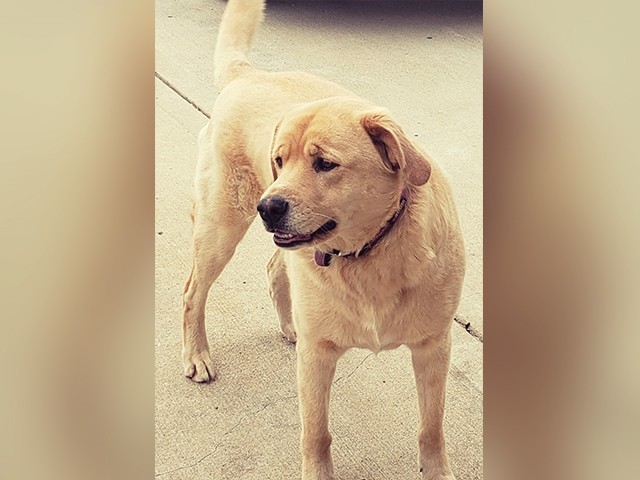 A dog who went missing recently from her Kansas home turned up a week later at her former home nearly 60 miles away in Missouri.

When Colton Michael and his family pulled up outside their house in Lawson, Missouri, not long ago, they were surprised to find a dog sitting on their porch, according to UPI.

“Michael, who moved into the home two years ago, said he was even more surprised when he had the canine’s microchip checked and discovered Cleo, the 4-year-old golden retriever, belonged to the house’s former residents,” the article read.

Michael later discovered that Cleo’s family in Olathe, Kansas, had shared her photo on Facebook in hopes of locating her.

When he called and told them Cleo had walked home, they were shocked, according to KMBC.

“It’s the most bizarre story. Really, she’s everything to us and to my mother,” said her owner, Drew Feeback.

Neither of the families knew how Cleo made the trip without getting hurt or lost, noting that she would have had to cross the river to make it there.

Michael added that she was scared when he found her on his porch.

“She finds her way home, and there’s some strangers living in it. That would be scary for anybody,” he said.

Although there is no research on a dog’s homing ability, some believe they rely on sight and their highly developed sense of smell to find their way, according to PetMD.com.

“Every time you take your dog on a walk in your neighborhood, he gets more familiarized with the sights, sounds and smells distinctive to your house and the streets around you. And every time your dog takes a step, he leaves behind a distinct scent from his paw pads,” the site reads.

Following her 57-mile trek, Cleo’s family said they were just glad to know she was safe.

“It just feels really good to be reunited with her,” Feeback concluded.