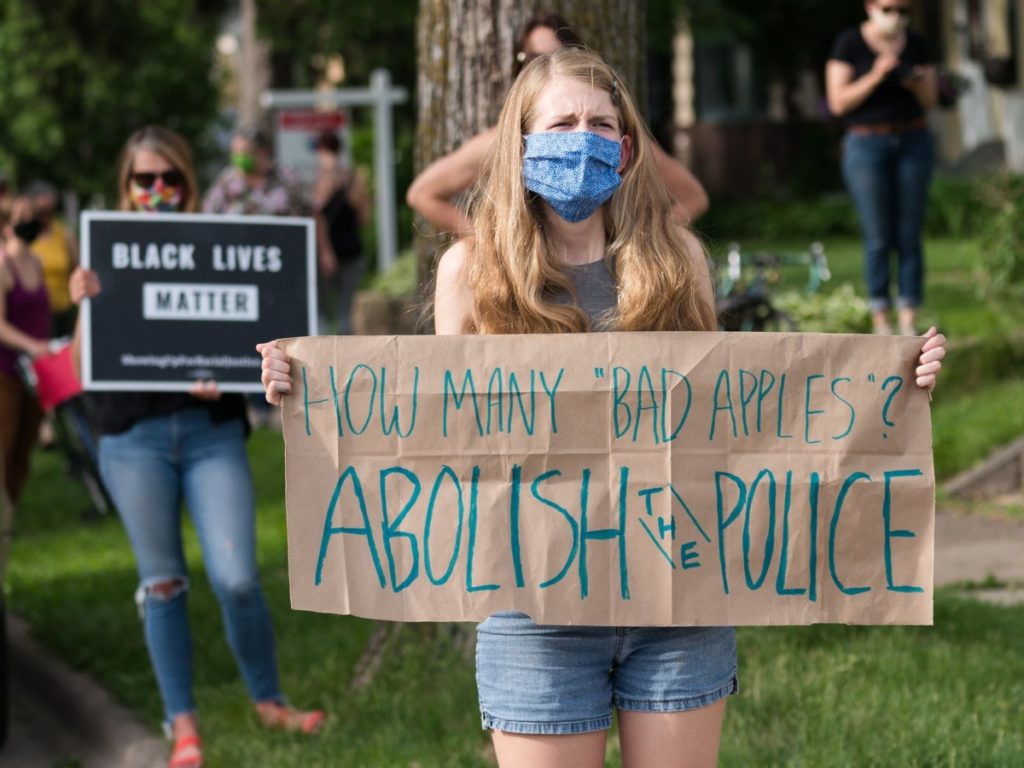 A veto-proof majority of the Democrat-dominated Minneapolis City Council announced Sunday that it had bowed to Black Lives Matter protesters’ demands to abolish the police, promising the demonstration a “police-free future.”

In their boldest statement since George Floyd’s killing, nine Minneapolis City Council members told a crowd Sunday that they will “begin the process of ending the Minneapolis Police Department.”

“We recognize that we don’t have all the answers about what a police-free future looks like, but our community does,” they said, reading off a prepared statement. “We’re committed to engaging with every willing community member in the City of Minneapolis over the next year to identify what safety looks like for you.”

Their words — delivered one day after Mayor Jacob Frey told a crowd of protesters he does not support the full abolishment of the MPD — set off what is likely to be a long, complicated debate about the future of the state’s largest police force.

Floyd was killed while in police custody as Officer Derek Chauvin knelt on his neck in broad daylight, as onlookers filmed and urged Chauvin and three other officers to relent.

Protests — and riots, and looting — erupted in Minneapolis and across the nation in the aftermath. The demand to “defund the police” or “abolish the police” has played a greater role in the demonstrations, and has gained traction among Democratic Party politicians — even though polls suggest it is deeply unpopular.

Minneapolis Mayor Jacob Frey was booed and chased out of a demonstration on Saturday by a mob after he declined to commit to abolishing the police.

But a nine-member majority of the city council — veto-proof, in the 13-member chamber — has taken sides with Black Lives Matter.

Activists tried to reassure the public Sunday that ending the police force would not mean the total disappearance of neighborhood security.

MPR News quoted one activist as saying that “a uniformed mental health crisis response team” might form the core of a new system that “looks nothing like the current police department system.”

There are no Republicans on the Minneapolis City Council.

Joel B. Pollak is Senior Editor-at-Large at Breitbart News and the host of Breitbart News Sunday on Sirius XM Patriot on Sunday evenings from 7 p.m. to 10 p.m. ET (4 p.m. to 7 p.m. PT). His new book, RED NOVEMBER, is available for pre-order. He is a winner of the 2018 Robert Novak Journalism Alumni Fellowship. Follow him on Twitter at @joelpollak.