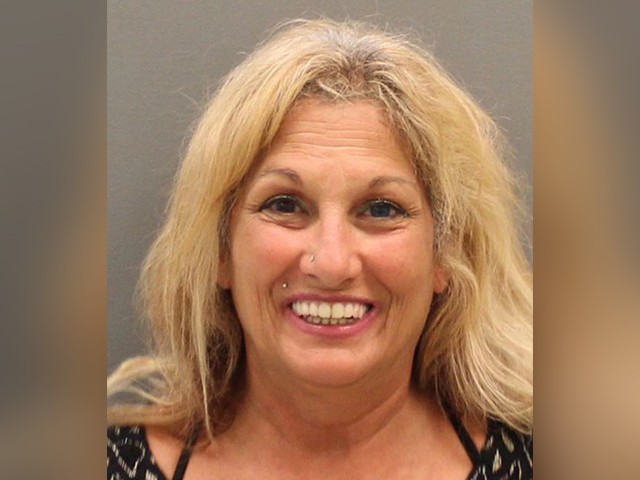 A Michigan woman was arrested for allegedly driving over an officer’s foot and leading police on a chase after being asked to wear a mask Thursday.

Fifty-six-year-old Tammy Rose North of Spring Lake was charged with resisting and obstructing police, causing injury; fleeing and eluding; and disturbing the peace, according to WGN 9.

The Grand Haven Department of Public Safety says a worker at the Jet’s Pizza on north Beacon Boulevard near Jackson Street asked North to put on a mask — as required by state mandate — at which point she became angry. Authorities say she put her hands underneath the plexiglass barrier at the counter, raise [sic] both middle fingers and cursed at employees. She then allegedly kicked a fellow customer when he tried to step in.

In the parking lot, Grand Haven Department of Public Safety Officer Everardo Pedroza Jr. arrived to investigate, and as North was getting into her pickup truck, he told her to stop, according to MLive.com.

However, she did not obey his command and backed up her truck, rolling it over his foot, then left the lot.

“Pedroza and other officers then gave chase but terminated the pursuit at U.S. 31 and Sternberg Road. North later was arrested by Fruitport Township police,” the outlet noted.

Pedroza was taken to North Ottawa Community Hospital and treated for a foot injury and was expected to recover.

However, a number of sheriffs refused to enforce the mandate, which came with a $500 misdemeanor.

Despite the pushback, Whitmer again used the emergency broadcast system Monday to order residents to wear masks, according to Breitbart News.

“Whitmer has regularly used the system, typically used to issue Amber Alerts for missing children, to reinforce her orders,” the article read.