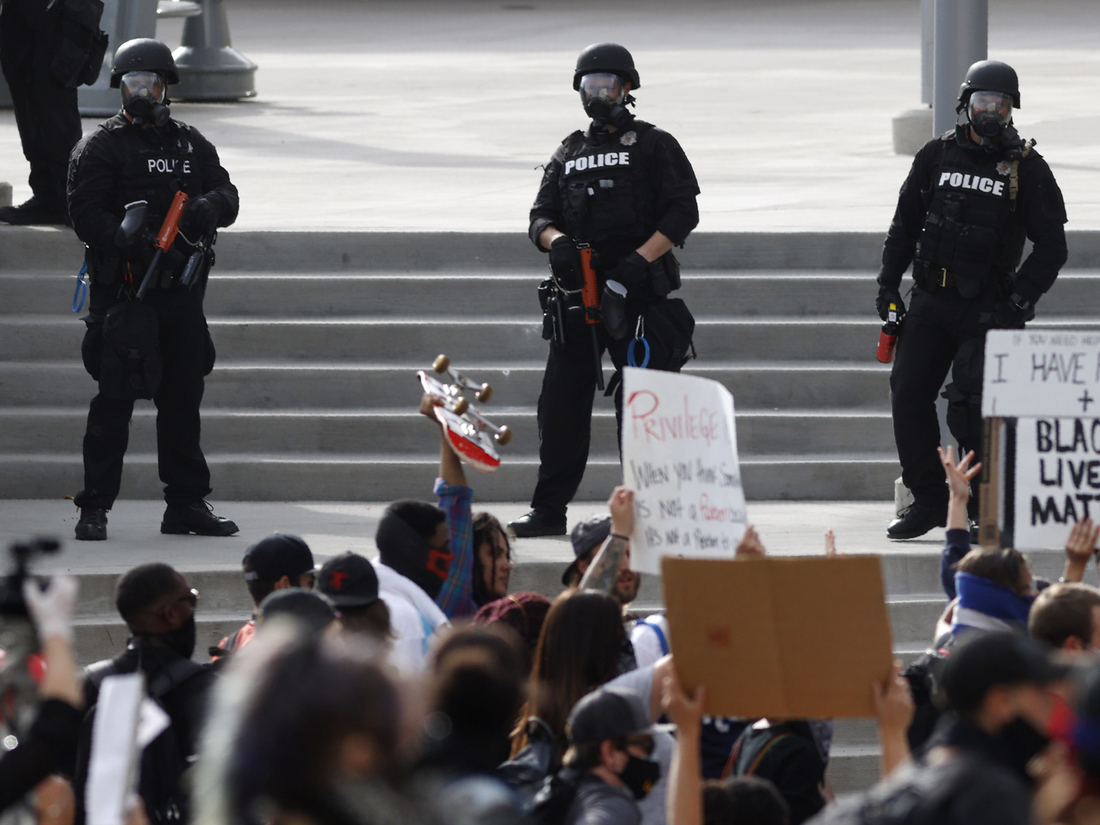 Denver Police observe the crowd during a protest outside the State Capitol over the death of George Floyd on Saturday, May 30, 2020, in Denver. 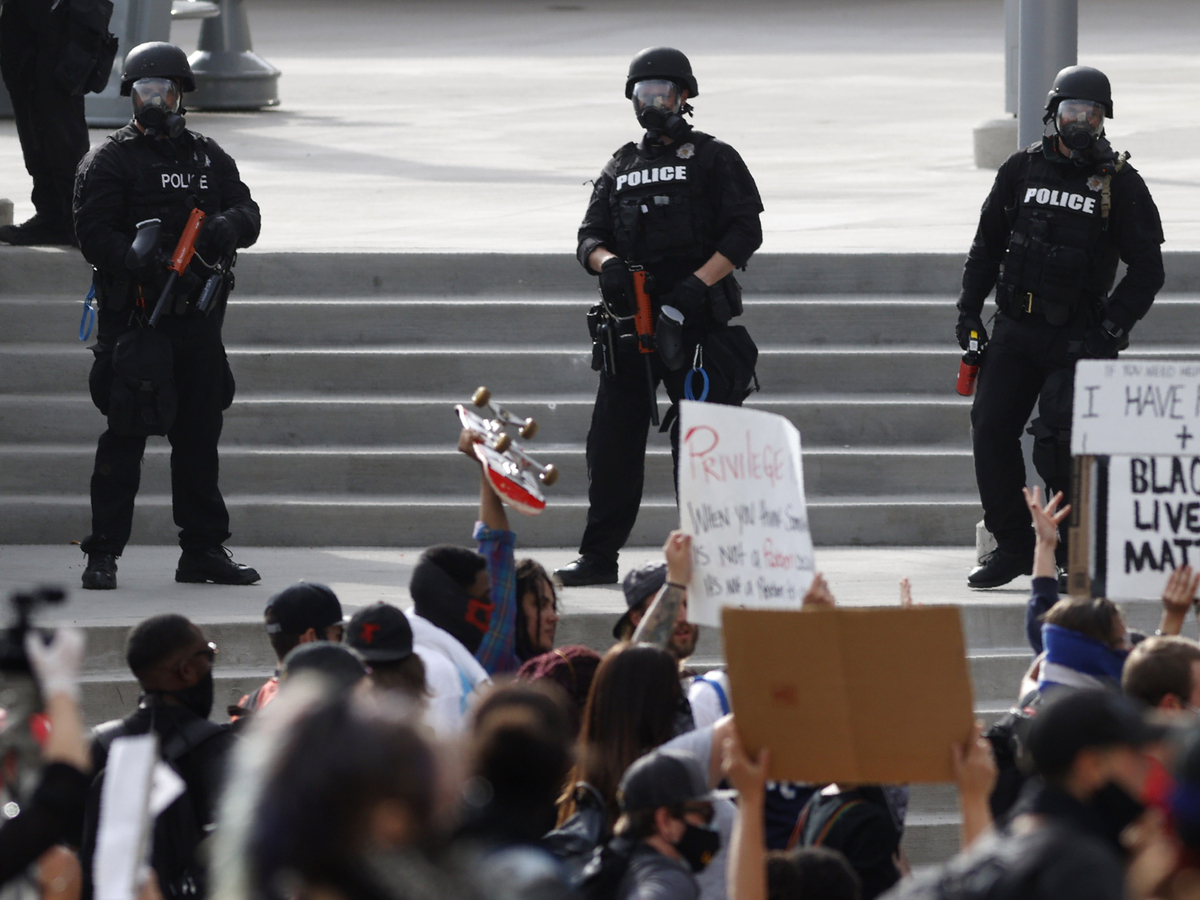 Denver Police observe the crowd during a protest outside the State Capitol over the death of George Floyd on Saturday, May 30, 2020, in Denver.

Judge R. Brooke Jackson’s ruling bans officers from using such weapons unless an on scene supervisor “specifically authorizes such use of force in response to specific acts of violence.” The ruling goes into effect immediately as protests in Denver over the killing of George Floyd continue.

In his 11-page ruling, Jackson called some of the department’s behaviors against demonstrators “disgusting.” Responding to a lawsuit filed on behalf of several protesters, Jackson said the department’s use of pepper spray and projectiles protesters who appeared to be standing peacefully quashed their First Amendment rights and caused serious bodily injury including broken facial bones and vision loss. The plaintiffs also cited incidents of officers targeting journalists and medics.

Jackson emphasized in his decision letter that he wanted to ensure the order did not prevent officers from protecting themselves or others.

“I seek to balance citizens’ constitutional rights against officers’ ability to do their job,” he wrote. “However, the time is past to rely solely on the good faith and discretion of the Denver Police Department and its colleagues from other jurisdictions.”

The DPD responded to the ruling on Twitter late Friday night, saying that they will comply. However, the department took issue with part of the ruling requiring all officers deployed at protests to have body cameras worn and recording at all times.

(1/2) #ALERT #Denver – A federal judge issued a Temporary Restraining Order (TRO) clarifying #DPD use of non-lethal dispersant devices. In the meantime, we will comply with the judge’s directions, many of which are already in line with our community-consulted Use of Force Policy.

(2/2) #ALERT #Denver – We are asking for modifications to the Order that would account for limitations on staffing and body-worn cameras so the directions can be operationalized. #DPD