John Travolta and his children are picking up the pieces following Kelly Preston’s death.

The actress, who passed away from a private two-year battle with breast cancer at age 57 on Sunday, July 12, was the “rock, the heart and soul who kept the family united,” a source exclusively reveals in the new issue of Us Weekly.

Travolta and Preston “were true partners,” the source says of the pair of nearly three decades, and that the actor is “devastated.”

Their children, Ella, 20, and Benjamin, 9, are also beside themselves. “Ella and Kelly were best friends and inseparable, and of course Benjamin worshiped his mom,” continues the source. (The pair were also parents of son, Jett, who died at age 16 in 2009 after suffering a seizure.)

The Grease star, 66, announced the news of wife’s death via Instagram in the early-morning hours of Monday, July 13.

“She fought a courageous fight with the love and support of so many,” he wrote, before thanking the doctors and nurses who cared for Preston, and letting fans know he’d be retreating from the spotlight to tend to their children. “Forgive me in advance if you don’t hear from us for a while. But please know that I will feel your outpouring of love in the weeks and months ahead as we heal.”

While the family have a rough road ahead of them, “they’re being strong,” adds the source, but still, “they can’t imagine life without her.” 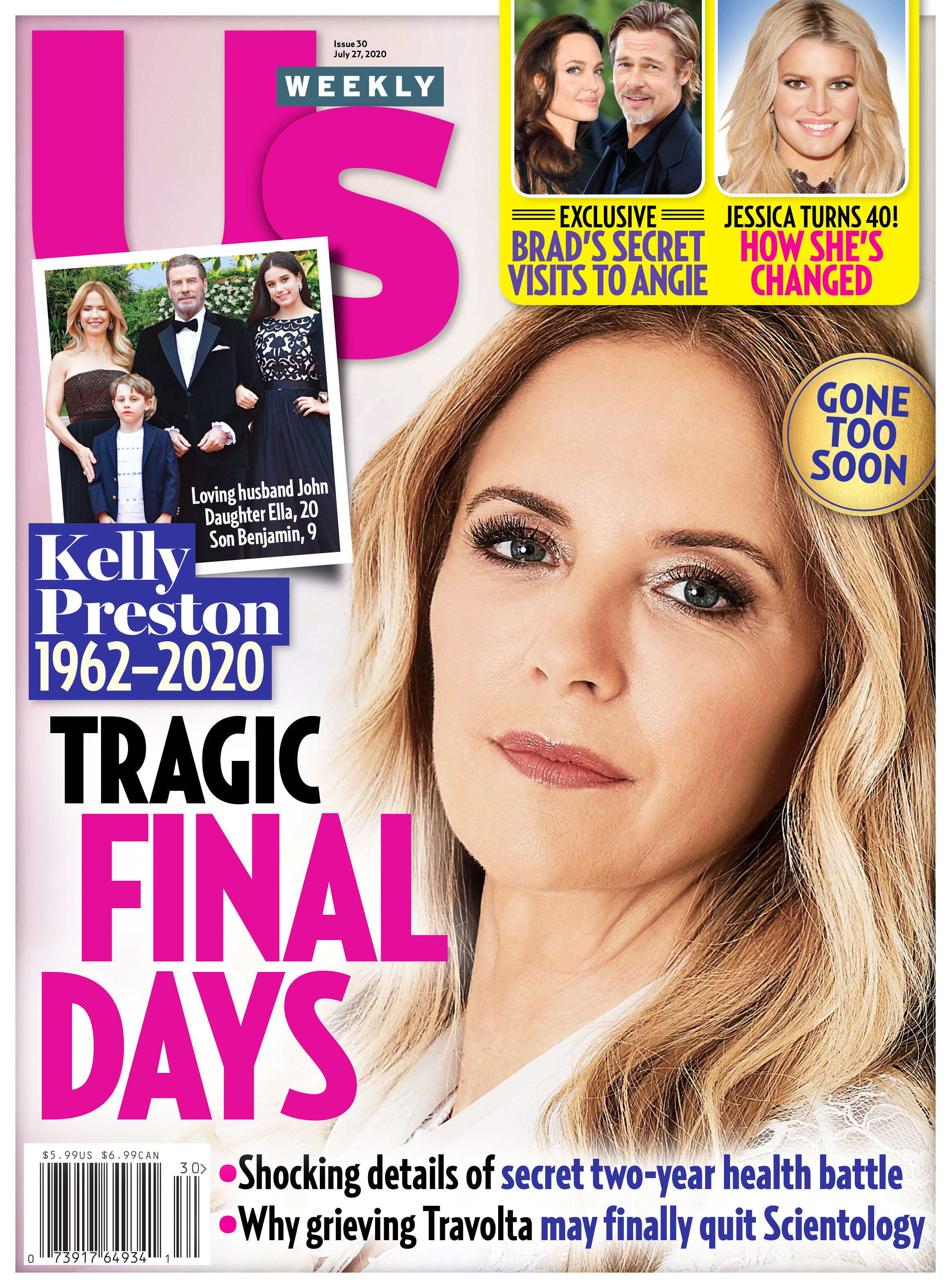 For more on how Preston’s family are hoping to honor her legacy, watch the video above and pick up the new issue of Us Weekly, on newsstands now.

Listen to Us Weekly’s Hot Hollywood as each week the editors of Us break down the hottest entertainment news stories!