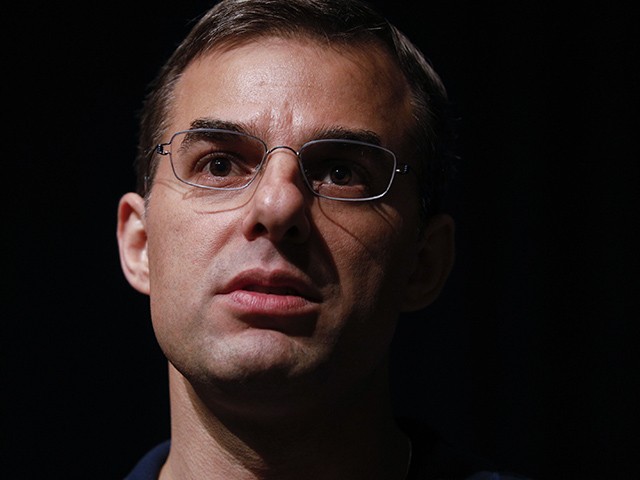 Rep. Justin Amash (L-MI), the Never Trump libertarian congressman who quit the Republican Party last year, is not campaigning for his seat in the House of Representatives, an aide to the lawmaker revealed Thursday to The Detroit News.

“He hasn’t been campaigning for any office and doesn’t plan to seek the nomination for any office,” Poppy Nelson, an adviser to Amash, told the news outlet.

The Michigan Libertarian later confirmed the news, writing on Twitter: “I love representing our community in Congress. I always will. This is my choice, but I’m still going to miss it. Thank you for your trust.”

I love representing our community in Congress. I always will. This is my choice, but I’m still going to miss it.

Thank you for your trust.

The Detroit News notes: “The congressman’s campaign only raised $24,200 for the quarter ending June 30 — another indication he’s not running for federal office. He previously raised over $1.1 million toward re-election.”

Amash’s announcement comes after the lawmaker opted against running for president despite launching an exploratory committee for the Libertarian Party’s White House nomination.

“I’ve spent nearly three weeks assessing the race, appearing in media, talking to delegates and donors, watching the Libertarian Party’s convention plan unfold, and gathering feedback from family, friends, and other advisers,” Amash announced in May. “After much reflection, I’ve concluded that circumstances don’t lend themselves to my success as a candidate for president this year, and therefore I will not be a candidate.”

President Trump celebrated Amash’s quitting the GOP, assailing him as a “total loser.”

“Great news for the Republican Party as one of the dumbest & most disloyal men in Congress is ‘quitting’ the Party,” the president tweeted at the time. “No Collusion, No Obstruction! Knew he couldn’t get the nomination to run again in the Great State of Michigan. Already being challenged for his seat. A total loser!”