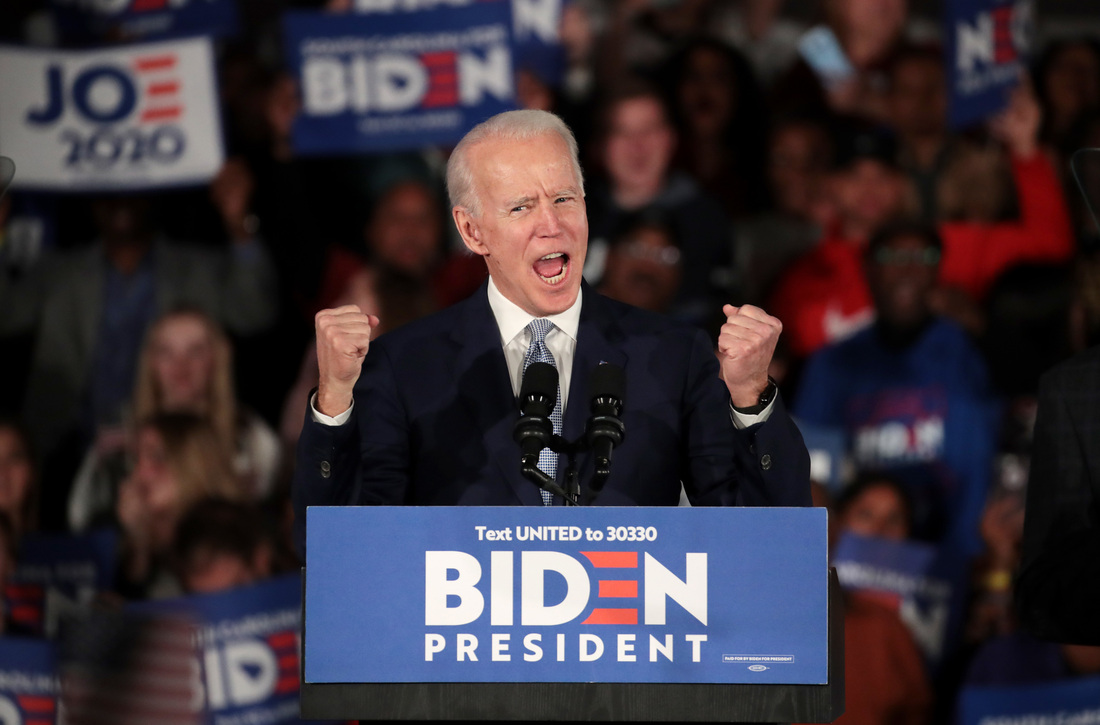 Joe Biden’s win was helped by an endorsement from influential congressman U.S. Rep. James Clyburn, whom Biden repeatedly credited in his speech. 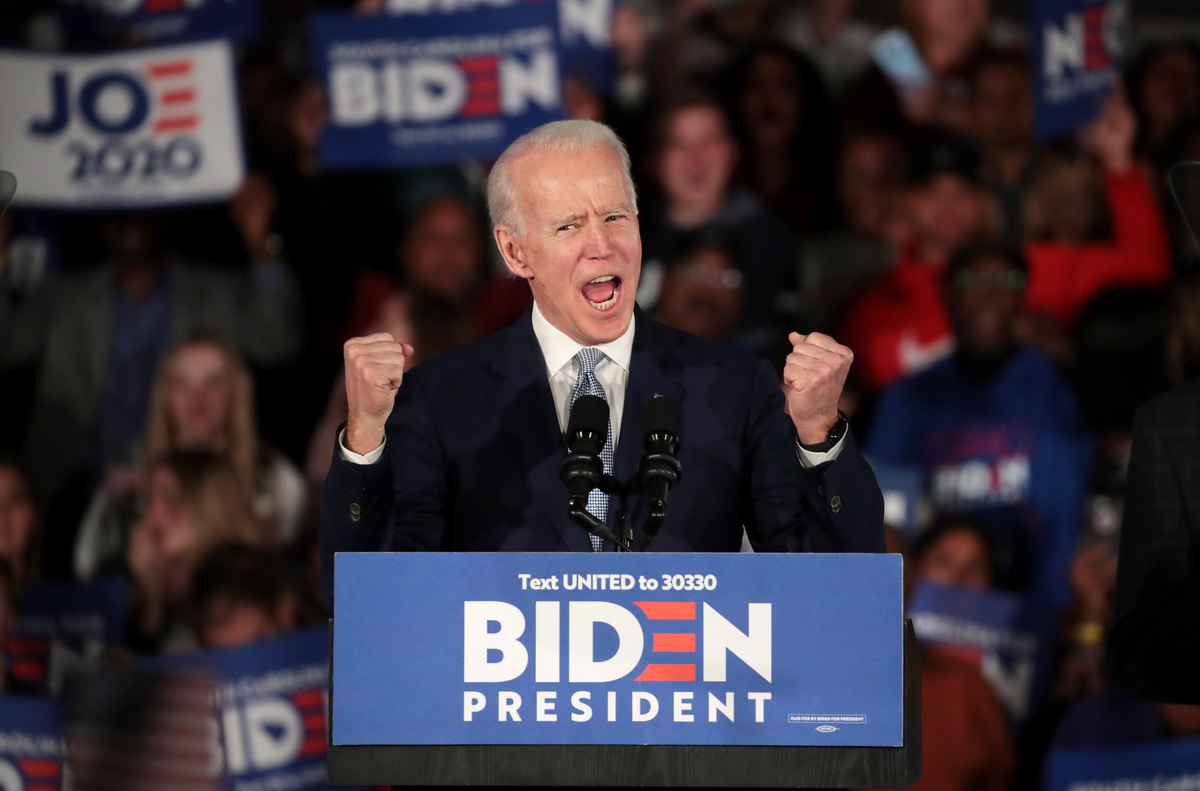 Joe Biden’s win was helped by an endorsement from influential congressman U.S. Rep. James Clyburn, whom Biden repeatedly credited in his speech.

Joe Biden has run for president three times, and yet until Saturday, he had failed to ever win a primary or caucus.

The 77-year-old former vice president has now notched an expected yet much-needed victory in the South Carolina primary, according to The Associated Press’s projection.

“Just days ago, the press and the pundits had declared his candidacy dead. Now, thanks to all of you — the heart of the Democratic Party — we just won and we’ve won big because of you, and we are very much alive,” an energized Biden said at event with supporters in Columbia, S.C.

The crucial win has the potential to resurrect Biden’s campaign after a series of poor finishes in the other early voting states (fourth place in Iowa, fifth place in New Hampshire and a distant second in Nevada).

“This result totally resets the race. The fact that Joe Biden won big — and the result was clear early in the evening during prime time in the eastern time zone — provides an enormous boost to his campaign. If Joe Biden can ultimately defeat Bernie Sanders for the Democratic nomination, we will look back on this night as a key moment in American political history,” Republican strategist Whit Ayres told NPR.

A majority of Democratic primary voters in South Carolina are African American. And pointing to polls, Biden has long insisted that he has more support from black voters than any other presidential candidate does and that the Democratic nominee will need strong backing from African American voters to win the general election.

Biden’s win was not a surprise. For months, polls had shown him with a double-digit lead over his opponents, but in recent weeks, the race tightened. In a sign of how vulnerable he was, Biden campaigned exclusively in South Carolina this week, even as a number of his opponents traveled to states that will vote in coming days.

“I’ve known for a long time who I was going to vote for,” Clyburn said at a press conference on Wednesday. “I’m voting for Biden. South Carolinians should be voting for Joe Biden.”

Biden made a point to credit the congressman with injecting his campaign with a huge jolt at his post-vote event: “My buddy Jim Clyburn — you brought me back!” 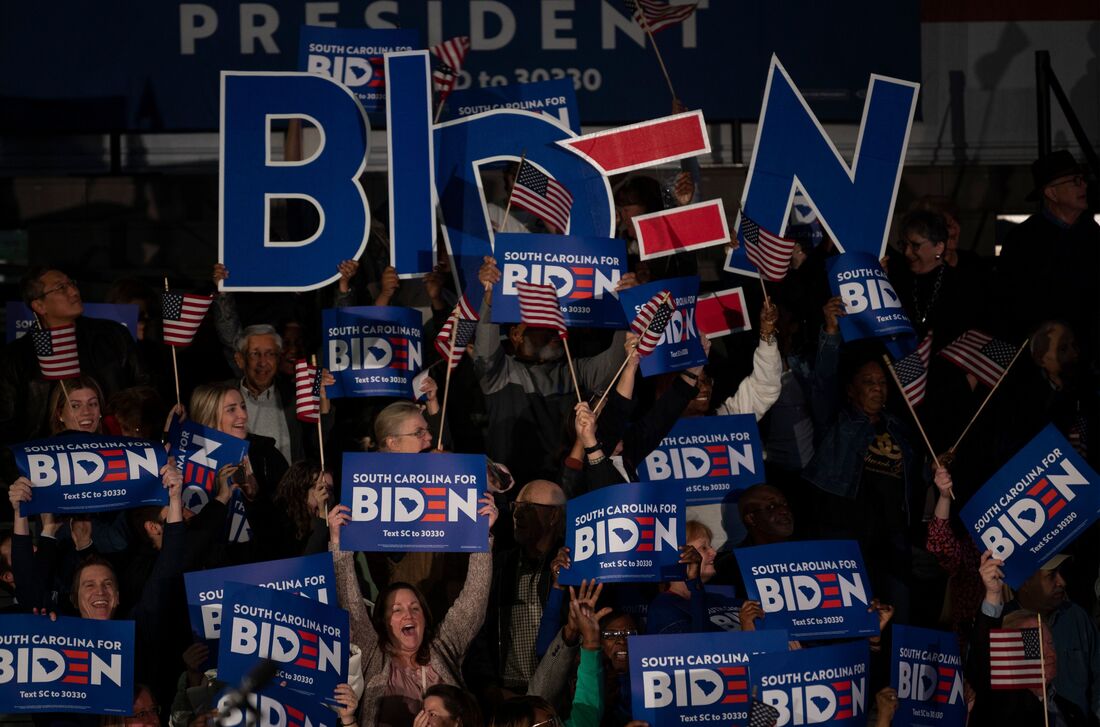 Supporters cheer as the polls close for Democratic presidential candidate Joe Biden at his primary night event in Columbia, S.C. 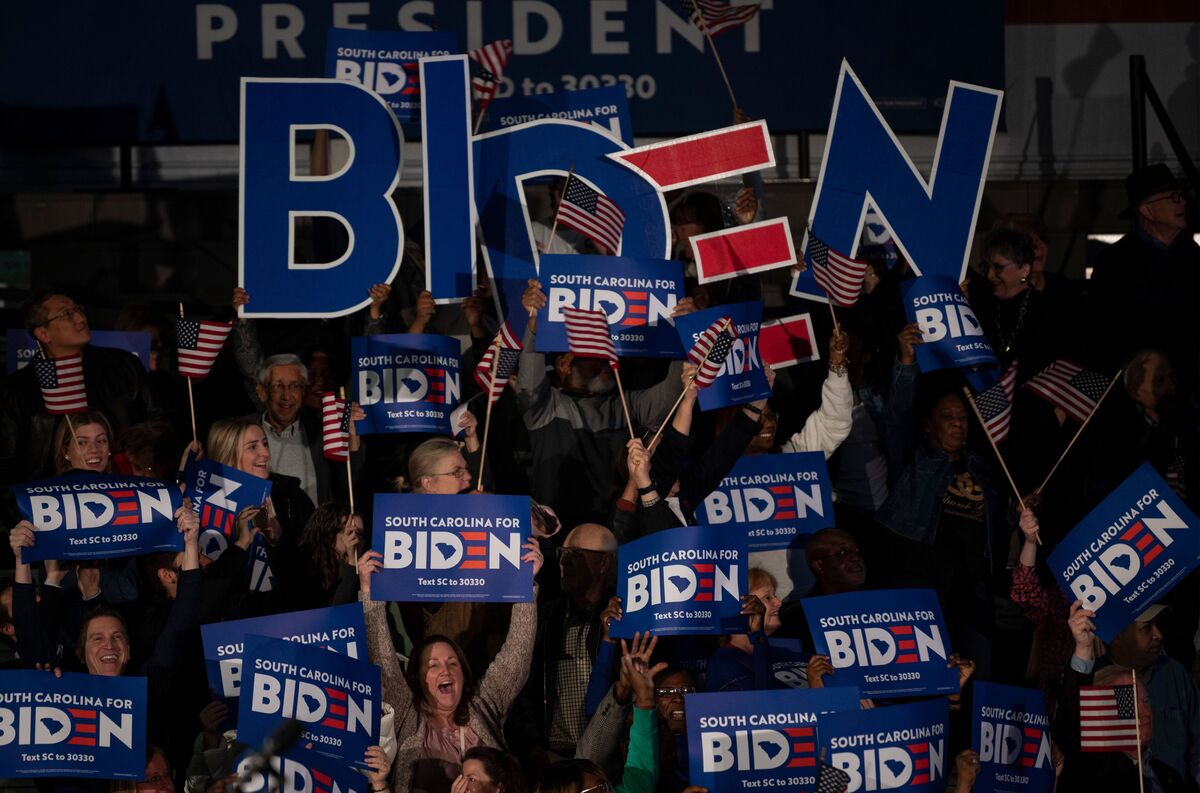 Supporters cheer as the polls close for Democratic presidential candidate Joe Biden at his primary night event in Columbia, S.C.

Still, Biden’s victory does not put to rest some underlying questions about the health of his campaign and his ability to translate this victory to other states.

Hours before Biden’s victory was official, Clyburn was already calling for a “retooling” of his campaign.

In an interview on CNN on Saturday, he said he had earlier avoided publicly analyzing the operation because he had held off officially backing Biden. That’s changed. “I’m all-in and I’m not going to sit back idly and watch people mishandle this campaign,” Clyburn said.

Biden has tried to draw parallels between his campaign and that of Bill Clinton, who got a key win in the South Carolina Democratic nominating contest in 1992, en route to the presidency.

But as this year’s primary season quickly turns into a national fight, with 14 states voting on Tuesday, there are questions about whether Biden has the grassroots energy or the money to compete with the likes of Vermont Sen. Bernie Sanders or former New York City Mayor Mike Bloomberg.

Sanders is seen as the front-runner, and he has spent far more energy and resources in the states voting on Super Tuesday.

Bloomberg is spending hundreds of millions of dollars on advertising, while competing for the same moderate voters that might be attracted to Biden’s message on gun control and health care.

Minutes after television networks projected Biden as the winner, Terry McAuliffe, the former chair of the Democratic National Committee and former governor of Virginia, endorsed Biden on CNN. McAuliffe said it came down to “an electability issue” for him.

“I think Joe Biden has the best chance of winning Virginia in the general election,” McAuliffe said.

Sanders said there will be other contests he doesn’t win in the next round of primaries. But he reiterated his argument that the same playbook from the Democratic establishment won’t work in November.

“The ‘same old, same old’ type of politics – that is not going to be the campaign that defeats Trump,” Sanders said.

Biden didn’t mention Sanders directly Saturday night, but he took a swipe at his status as an independent.

“If the Democrats want a nominee who’s a Democrat — a lifelong Democrat, a proud Democrat, an Obama-Biden Democrat — join us,” he said to voters in the upcoming primaries.

Pete Buttigieg, former Mayor of South Bend, Ind., who was slated to finish fourth in South Carolina, campaigned in Raleigh, N.C., on Saturday, one of the states holding a primary on Tuesday.

He congratulated Biden on his victory, but looked ahead, saying, “I am proud of the votes we’ve earned and I’m determined to earn every vote on the road ahead.”

Sen. Elizabeth Warren, another candidate who fared poorly in South Carolina, was courting voters in a state with a large prize of delegates on Super Tuesday — Texas.

At her Houston rally she argued she was a better candidate than Sanders, who she said had some good policy ideas, but can’t get things done.

She also took aim at Biden, saying about the political moment: “This crisis demands more than a former vice president” who is “eager to cut deals” with Republicans.

McAuliffe urged several Democrats in the race to consider dropping out before Super Tuesday. Tom Steyer, the billionaire entrepreneur who spent over $23 million on advertising in South Carolina, ended his bid after finishing third there.

“I said if I didn’t see a path to winning, that I’d suspend my campaign,” Steyer told supporters, “and honestly, I can’t see a path where I can win the presidency.”