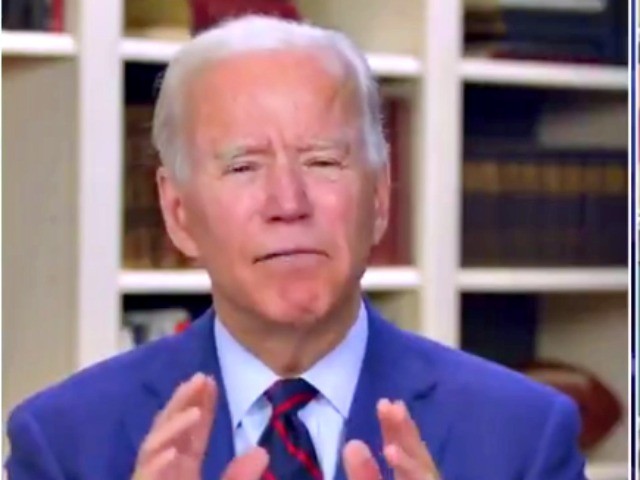 President Donald Trump in a town hall on Thursday appeared surprised that former Vice President Joe Biden could conceivably be the next president of the United States, despite his obvious shortcomings.

“Whenever he does talk, he can’t put two sentences together,” Trump said. “I don’t want to be nice or un-nice. The man can’t speak and he is going to be president, because some people don’t love me, maybe.”

The president spoke about Biden in a town hall with Fox News host Sean Hannity.

Trump cited a few brain-freeze moments from Biden’s presidential campaign such as when he said he was running for Senate and a recent clip of him saying that 120 million Americans had died from the coronavirus.

“That’s a serious error. That is not a permissible type of error. There is something going on,” Trump said. “It’s wonderful to say I feel sorry or that’s too bad, because I do, except we are talking about the presidency of the United States, and it is just not acceptable.”

Trump also mocked Biden for calling his travel ban on China to prevent the spread of the coronavirus “xenophobic.”

“I don’t think he knows what the word means,” Trump said.

The president said that even though Biden tried to campaign as center-left, he would be quickly overridden by the radical left if he was elected.

“Look, I don’t think that Biden is a radical left, but it doesn’t matter because they’re going to just do whatever they want to do they’ll take him over,” Trump said. “He can’t perform … he’s shot, whether they like it or not, he’s shot. The radical left is going to take him over.”

He recalled that Sen. Bernie Sanders said that he would force Biden as far to the left as possible.

“A guy like Biden, he’s not going to have any power to do anything about it, and they’re dragging him,” Trump said.