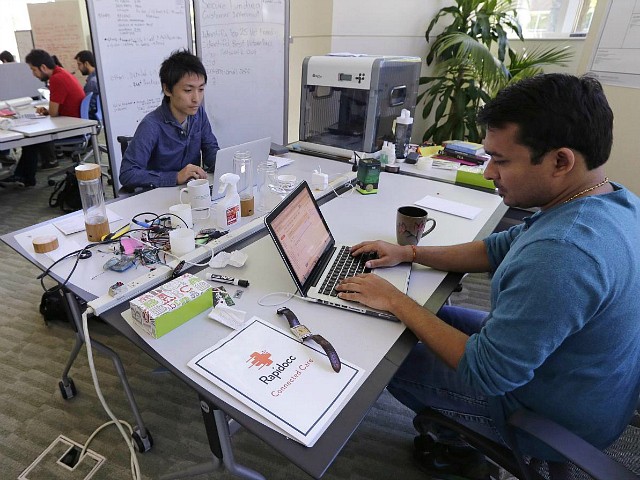 The cannibalism was prompted by the elite’s failure in the 1970s to keep growing the nation’s economy, said Weinstein, who earned a PhD. in mathematical physics from Harvard.

The cannibalization is allowing Antifa and other extremists to emerge into the nation’s streets, just as AIDS first weakens the immune system and then allows underlying diseases to emerge and kill people, said Weinstein, who was invited by Cruz to talk on his July 23 discussion show, “Verdict with Ted Cruz.”

The crazies and creepies that are roaming the American stage were present in every era. The Ku Klux Klan was present, the anarchists were present … When we lost [economic] growth, we became immunocompromised and all the creepy crawlies are coming out from every particular place. They’re coming up to the right, they’re coming from the left.

In the United States, the civil right that is being eaten by the elite cannibals is each Americans’ right to make a living in their shared, American-only, national labor market, said Weinstein.

You have the right to your own [national] labor market. Given that your country maintains a right to conscript you [for war, and] to tax you, [then one] part of the social contract is that [Americans] get a share in your country’s wealth through having a right [to work in the United States, without competition from foreign nationals]. Now the interesting part about it is, if we [elites] can just get your right declared [to be] an impediment to the free market, we can take your right [by forcing you to compete against foreign workers in the United States] without having to pay you anything for it.

Cruz listened carefully but made no comments.

The political disease began in the 1980s in the nation’s elite universities, where science employers tried to boost their slowing innovation by importing cheap labor to force down the wages of American scientists, he said.

The National Science Foundation [and] the National Academy of Sciences had to team up in order to effectively rescue the universities if [legislators] weren’t going to put in more money. And so what we [elites] came up with was a brilliant idea; We would lie about American scientists and engineers, we would say that they were lousy, and that they weren’t interested in contributing to this very demanding profession. And by the way, we have a universe filled with the best and the brightest in poor countries in Asia, and we should just bring them over in large numbers. Because what we’d always done is we had a labor force that was based on apprentice labor. So the [science] students are actually the workers but by calling them students, you don’t have to pay them. You don’t allow them to unionize … But you don’t actually admit that what’s going on is that you’re coming up with people who are willing to accept visas as payment.

[We] got the National Science Foundation and the National Academy of Sciences to stab American scientists in the back, on behalf of scientific employers [amid] all of the sloppy talk about best and brightest.

The science estb. claims to support blacks, but uses #H1B pipelines to import Asians for STEM jobs that could go to blacks, says Harvard scientist Eric Weinstein.
It “is an entire sham.”@EricRWeinstein Hmm. Do the visa pipes enable racist HR policies?https://t.co/u1GrxHW4ae

“There is essentially no one at my level that I know of, who is openly against high-skilled immigration as the worst part of our immigration [policy],” he added.

Weinstein is a long-standing critic of the H-1B and the J-1 visa worker pipelines that pressure science employers to hire cheap foreign graduates instead of Americans.

The universities’ disease spread throughout the economy, he said:

All of these [1980s] supply-side gimmicks and the offshoring, and the downsizing and the financialization and all of these things, were not good enough to actually deal with the underlying problem [reduced economic growth] because it didn’t have a diagnosis as to what actually happened [to slow growth]. What it was good enough to do was to keep some slices of the pie growing at the expense of others.

“That’s the whole globalization stuff … the idea is that right now, what you have is you have certain sectors [which] grow by cannibalizing other sectors, and if we call that ‘growth,’ we can fudge our national [economic growth] statistics,” he said.

Fortune 500 companies and universities are sidelining more than one million American graduates by employing a population of at least 1.3 million foreign graduates, plus a growing population of white-collar illegals. These legal and illegal foreign workers rationally prefer their subordination and their lower wages — plus the dangled hope of citizenship — to the alternative choice of returning home to India, China, or elsewhere.

Many of those foreign workers arrive via the universities’ “Practical Training” pipelines. The pipelines provide the universities with $4o billion in revenue and also push many jobs and much wealth from the heartland states out to the wealthy coasts.

The economic cannabilism by the elite has gradually destroyed the public’s trust in merit and the free market as a route to success, he said: “We have so much cannibalization that we’ve given up on merit because we now see merit as an excuse [political cover]. And this is actually a fair point of the Maoists [protesters] who don’t see a fair world.”

Weinstein’s description of the protesters as “Maoists” is a reference to China’s Red Guard protestors, who was used by party chief Mao Zedong to attack political rivals, as well as China’s culture and history in 1966 and 1967.

The elite cannibalism damaged the market’s ability to fairly distribute wealth, he said. “There was an implicit sort of morality in [free] market mechanisms. Now, as a person on the left, I’m a huge fan of markets. Why? Because there’s nothing more progressive … Markets are what lift people up.”

Antifa’s youth are college-grad losers in a stock-market economy.
Blue-collars were slammed by mass immigration & free-trade outsourcing.
White-collars are being hit by visa-worker outsourcing to India & China.
‘Diversity’ is the estb.’s hegemony.#H1Bhttps://t.co/DLx5EAyqi4

Americans cannot stop the cannibalization by the elite — or Weinstein describes it, “the core”– until the elite admits the central economic problem:

There’s a huge problem that we need to get to, which is that the reason that we can’t get out of our national nightmare at the moment, is that the center has to make a move that it refuses to do. And the center — or “the core” would be a better way of saying it — has to admit that it became kleptocratic. And so the corruption of the core left and the core right means that there’s nowhere [for Americans] to turn.