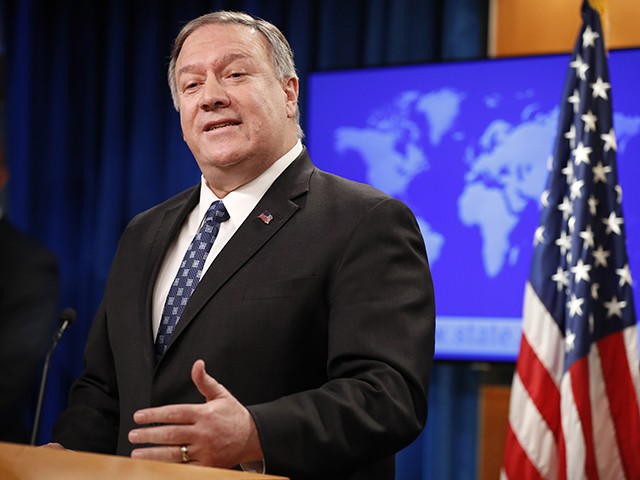 Wednesday, during a briefing with the media, Secretary of State Mike Pompeo fired a shot at Sen. Bob Menendez (D-NJ), who is believed to be behind and actively promoting a narrative of wrongdoing within the Trump administration and the State Department, after the firing of State Department Inspector General Steve Linick.

Pompeo referenced Menendez’s scandal-plagued tenure as a U.S. Senator, noting it included a criminal prosecution and said that was not from where he sought his ethics guidance.

“[H]ere’s the last thing to think about as you see these stories that have been leaked to you all — to the press,” he said. “This is all coming through the office of Senator Menendez. I don’t get my ethics guidance from a man who was criminally prosecuted, Case #15-155, New Jersey Federal District Court. A man for whom his Senate colleagues, bipartisan, said that basically, he was taking bribes. That’s not someone who I look to for ethics guidance. So, I’ll continue to do the right thing to make sure the State Department is served by every employee, including our inspector general. And we’ll make sure the State Department continues to deliver on behalf of the American people.”