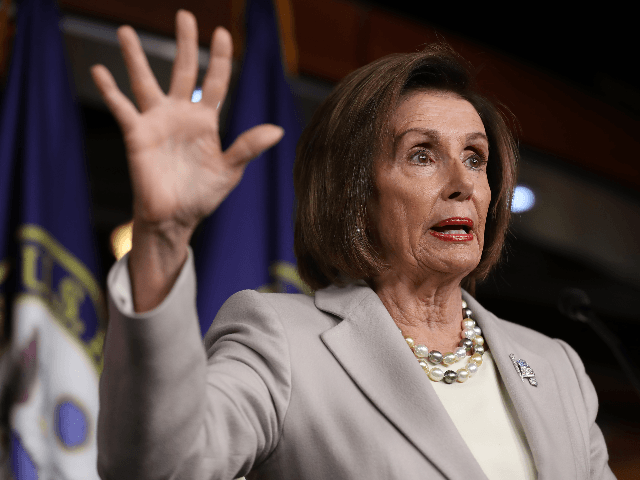 President Donald Trump said Monday that House Speaker Nancy Pelosi and the Democrats are blocking the fourth proposed round of aid to Americans suffering the effects of the coronavirus pandemic.

Trump said he is personally involved in negotiations with Congress, but he dismissed the idea that he should be meeting personally with “Crazy Nancy” Pelosi to break the logjam.

“What the Democrats want, they’re slow-rolling it and all they’re really interested in is bailout money to bail out radical left governors and radical left mayors,” Trump said.

Trump cited Chicago, Portland, and New York City as examples of poorly run cities that do not deserve a bailout.

He added that Democrats failed to act to help Americans still suffering from the effects of the virus and the economic shutdowns.

White House chief of staff Mark Meadows publicly criticized congressional Democrats on Friday for refusing to work with Republicans to negotiate a deal, stating they had made “zero offers.”

“The Democrats believe they have all the cards on their side, and they’re willing to play their cards at the expense of those that are hurting,” he said.