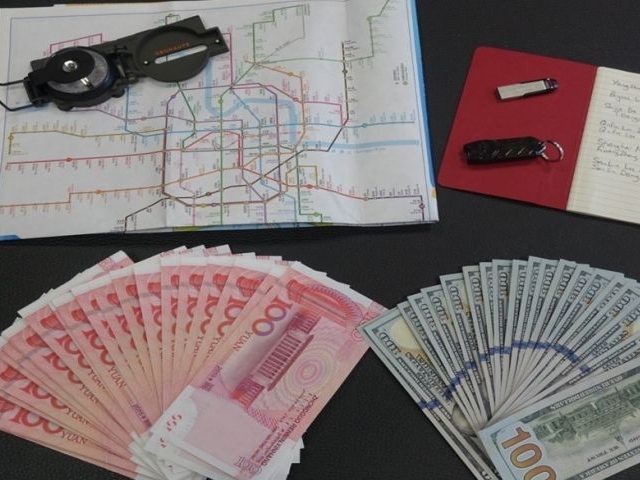 China has escalated its attacks against Australia on Monday, accusing the country’s government of carrying out espionage in China, describing such allegations as the “tip of the iceberg.”

On Monday, the communist propaganda outlet Global Times published a story claiming that Chinese officials intercepted an Australian spy operation two years ago. The Times also published photos of items they claim had been seized during the arrest, including money, a compass, and a map of Shanghai.

When asked about the allegations, Australian Prime Minister Scott Morrison told reporters: “I wouldn’t be relying on Chinese state media for your sources.”

On Monday evening, China’s Foreign Ministry spokesman Zhao Lijian appeared to double down on the allegations, declaring there to be “irrefutable” evidence of Australia’s involvement linked to the Five Eyes intelligence network comprising of Australia, Canada, New Zealand, the United Kingdom, and the United States

“The Five Eyes intelligence alliance has long engaged in cyber espionage, spying and surveillance on foreign governments, companies, and individuals. This is not a secret to anyone,” he said. “And Australia, an important member of the Five Eyes, has been a fervent intelligence gatherer in relevant countries. I am afraid that what is revealed by the Global Times this time is just the tip of the iceberg.”

Zhao is notably the Foreign Ministry spokesman responsible for the uncorroborated conspiracy theory that the Chinese coronavirus pandemic was a U.S. Army production.

The war of words is the latest sign of deteriorating relations between the two countries, which have traditionally maintained strong links as a result of their geographic location. Last week, Prime Minister Morrison announced that Australia was subject to a major cyberattack from “a sophisticated state-based cyber actor” impacting all kinds of essential technical infrastructure. He declined to name the country involved, although officials have confirmed that they widely suspect China to have had some involvement.

Days earlier, authorities also raided the office of New South Wales Labor MP Shaoquett Moselmane as part of a wider investigation into Beijing’s interference in Australian politics through the promotion of pro-China candidates and policies.

China insisted there was no “solid evidence” of any illegal Chinese involvement in Australia.

“They steal information and data from other countries, jeopardizing others’ sovereignty and security,” said Zhao. “But they play the part of the victim, peddling rumors and stoking confrontation by staging a farce of the thief crying ‘stop thief.’ They have long crossed the line.”

The Australian government has refused to comment on intelligence matters.

Polling released this week revealed the growing popular wariness of Australians towards China’s malign influence on their country, ranging from their trade practices to demands for censorship in universities. The survey, carried out by the Lowy Institute found that just 55 percent of people still believe that China can still be considered a “viable economic partner,” while an overwhelming 94 percent of respondents said they would prefer Australia to “find other markets” when forging new trade relationships.