If there’s anyone who goes to great lengths to get into character, it’s Ben Affleck.

In late February, Affleck made headlines after a picture of him on set for the historical thriller The Last Duel made rounds on social media. Why did it cause such a ruckus, you ask? Well, besides Affleck dressed in his 14th-century fit, he was also rocking platinum blonde hair.

Now, he’s telling E! News what he really thinks about his platinum blonde hair going viral. During the red carpet premiere of his upcoming film The Way Back, the 47-year-old actor had the funniest reaction when he was asked about the hilarious blonde pictures going around on social media.

“What the fuck! I can’t believe the blonde hair pictures,” Affleck said. “I haven’t even seen the [pictures]. I’m nervous because there’s good ones… from the right angle… I’m looking a little bit like if [Draco] Malfoy [from Harry Potter] grew up and had a tough life and grew a goatee.”

But viral moments aside, Affleck also opened up about his role in The Way Back, in which he plays a widowed, former basketball all-star that’s struggling with addiction and attempts making a comeback as a basketball coach.

When asked if the role was “cathartic” for the actor, Affleck responded, “Yeah, definitely. There’s stuff in this movie that’s very close to my own life, you know, a recovering alcoholic—this character has hit a really rough patch in his life, where he’s just drinking too much… he’s unhappy and he’s been through some personal trauma.” 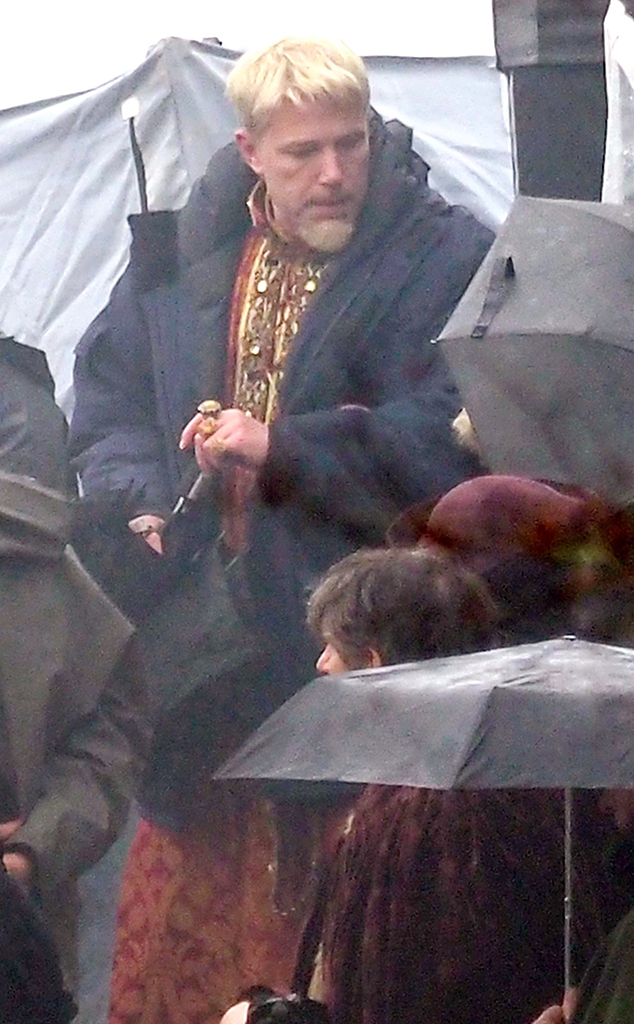 Most recently, Affleck opened up about his longtime battle with alcoholism and the effects it has had on his family.

In an interview with ABC News’ Diane Sawyer, Affleck said, “I really don’t want my children to pay for my sins. Or to be afraid for me, which is one of the hard parts of being the child of an alcoholic. You think, ‘What if my dad gets drunk? What if he does something stupid? What if he ends up on TMZ, and it’s on my newsfeed and other kids see it?'”

Affleck also told the New York Times in an interview that he’s doing his “very, very best and I hope that is—it has to be good enough. I have to. I don’t really have a choice. I have to be the man I want to be at this point. I don’t have any more room for failure of that kind.”

And it sounds like he’s on the way there. Affleck also shared with E! News on the red carpet that he feels he’s grown up a lot as an actor.

“I watch some of my earlier movies and think gosh, that doesn’t feel how I feel now as an actor. I feel much more connected to my real feelings and bring those to bear in a movie,” he explained. “I hope I get the chance to do movies like this, they’re much more satisfying at the end of the day when you go home, you feel like you’ve really been on a journey, you feel like you’ve really experienced something rather than just sort of hit your mark and said your joke or knocked out a bad guy or something.”