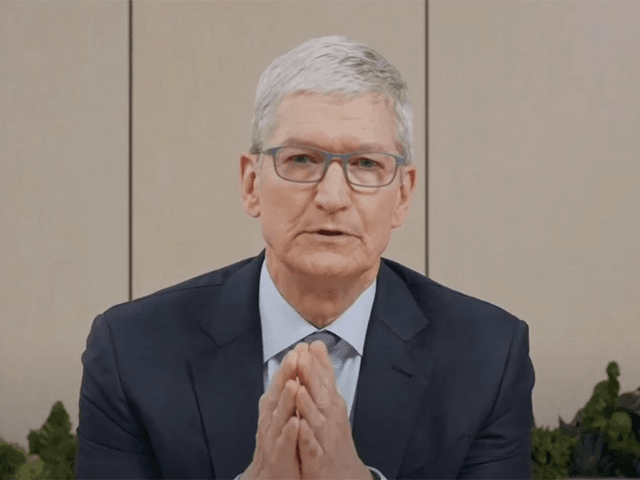 Apple CEO Tim Cook recently told Congress that all app developers are treated equally in Apple’s App Store, but a report from Bloomberg alleges that Apple halved its App Store fee to get Amazon Prime Video on its mobile devices and TV set-top box.

Bloomberg reports that Apple CEO Tim Cook appeared before the House Judiciary Committee’s antitrust panel this week where he was questioned about Apple’s App Store and its treatment of developers. Cook told Rep. Hank Johnson (D-GA): “Sir, we treat every developer the same, we have open and transparent rules, its a rigorous process. Because we care so deeply about privacy and security and quality, we do look at every app before it goes on, but those rules apply evenly to everyone and as you can tell…” Johnson then interrupted Cook asking: “Some developers are favored over others, isn’t that correct?” To which Cook replied: “That is not correct.”

Now, Bloomberg reports that in 2016, Apple agreed to halve its App Store fee for Amazon as part of a deal to put Amazon’s Prime Video app on Apple’s mobile devices and TV set-top box. Apple senior vice president Eddy Cue and Amazon CEO Jeff Bezos negotiated directly on the deal according to recently released emails. The companies agree to a 15 percent revenue share fo customers who signed up through the app and no revenue share for users who already subscribed to Amazon elsewhere.

The deal was announced in December 2017 and allowed Amazon’s video service to integrate with Apple’s Siri virtual assistant and the Apple TV set-top box. The deal also saw that Apple received a 15 percent cut of subscriptions to Amazon Prime partners like Showtime for users who signed up through Apple.

Apple usually receives a 30 percent cut for the first year of an app’s subscriptions made through the platform, after the first year the fee drops to 15 percent. The Amazon deal appears similar to a program launched by Apple earlier this year in which select developers can avoid the 30 percent fee in exchange for integrating certain Apple features. Amazon is part of this program.

Read more about Apple’s deal with Amazon at Bloomberg here.

Lucas Nolan is a reporter for Breitbart News covering issues of free speech and online censorship. Follow him on Twitter @LucasNolan or contact via secure email at the address lucasnolan@protonmail.com