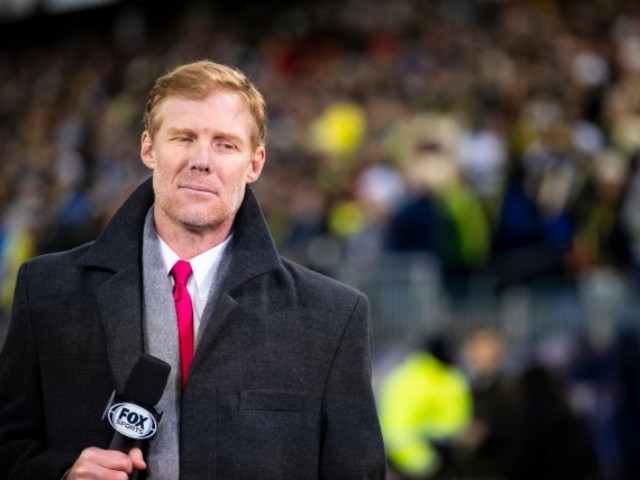 Fox analyst and former Team USA soccer star Alexi Lalas has deleted and apologized for a tweet in which he said that, in the current climate, standing for the national anthem “takes courage.”

Lalas wrote: “Now it takes courage to actually stand for the national anthem.” The now-deleted tweet was sent after more than a dozen players in the National Women’s Soccer League took a knee before resuming play on Saturday.

If this is your takeaway from the organized action by our players, you clearly haven’t been listening, Alexi. https://t.co/4WERoR6gn7

No. Colin Kaepernick and Megan Rapinoe had real courage. https://t.co/iLEj38UW8L

On Sunday, Lalas wrote a lengthy apology for the tweet, expressing sorrow for the “hurt or anger it caused.”

I wrote a few more words about today… pic.twitter.com/1jDGXEEK33

Noted anthem protester and outspoken Trump critic Megan Rapinoe, is captain of the NWSL’s Reign FC. Rapinoe, who did not play this weekend, expressed support and solidarity with protesting players. In recent weeks, the U.S. Soccer Federation reversed its policy against anthem protests.