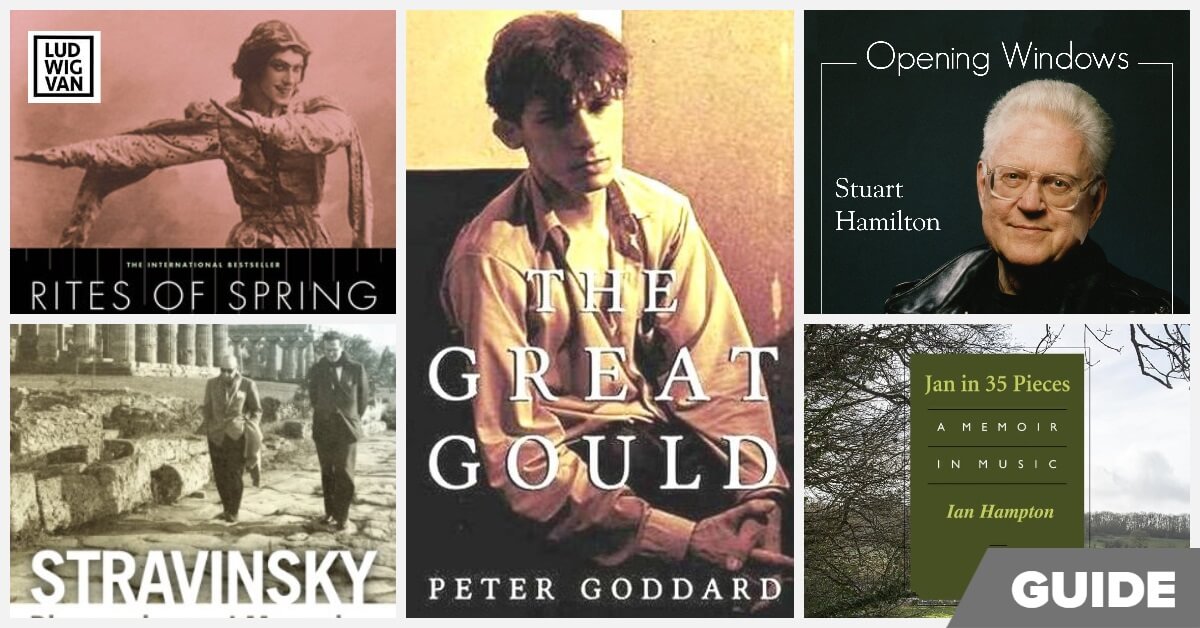 Canada Day falls on a Wednesday this year, eliminating a statutory long weekend in July. Even so, for many it’s the beginning of a summer holiday, for others, the lockdown has become an enforced vacation, so reading books written by Canadians about music or books about Canadian musicians is an ideal pastime.

Jan in 35 Pieces: A Memoir in Music by Ian Hampton

A finalist for the 2019 RBC Taylor Prize, this memoir by cellist Ian Hampton conveys the life of a Canadian musician in fine detail, capturing both music making at its most sublime, and the nearly thankless and perilous slog that a career in music can be. The 35 brief segments make it a perfect holiday book — readable in a steady session or with pauses for other indulgences.

The Great Gould by Peter Goddard

Music critic Peter Goddard’s personal take on Canada’s iconic pianist was motivated by his feeling that for all the books on Gould, the man he had encountered at the CBC and interviewed wasn’t fully inscribed on the public record. Drawing on his own memories of Gould at the CBC, and some never-before-seen material, Goddard presents his version of the man who still fascinates us 38 years after his death.

The COC’s cancellation of Aida and The Flying Dutchman due to the lockdown, combined with the uncertainty of live presentations in the fall, makes it appealing to look back instead of forward at this point. Opening Windows portrays the vibrant and healthy Canadian Opera era in which Stuart Hamilton was pivotal. With a light touch, Hamilton shares anecdotes and reminiscences of a vocal coach and accompanist who was at the centre of Canada’s vocal scene for six decades.

When this collection of reminiscences by Stravinsky’s factotum and rehearsal conductor Robert Craft was released in 2013, LVT’s emeritus editor, John Terauds, enthused about the book in general and the sections on Stravinsky’s Toronto experiences in particular. In 1962 Glenn Gould and Stravinsky enjoyed long conversations together during CBC Symphony Orchestra rehearsals, while Craft prepared them for a performance in honour of the composers 80th birthday.

Rites of Spring: The Great War and the Birth of the Modern Age By Modris Eksteins

While Canadian historian Modris Eksteins’ study of the origins of modernism is not exclusively about music, it is rooted in an electrifying depiction of the premiere of the Ballets Russes’ Rite of Spring, choreographed by Vaslav Nijinksy with a score by Igor Stravinsky. Reading about a time when a riot was instigated by music and dance rather than racism and inequality is especially thought-provoking right now.