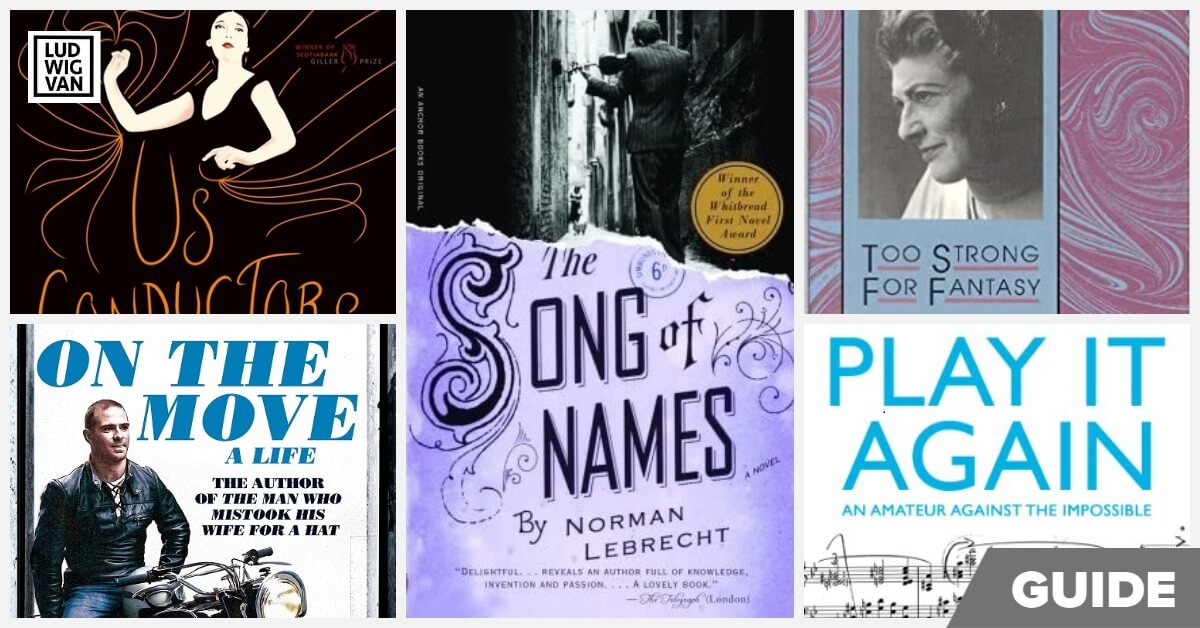 Even if much of Ontario and the rest of the world is re-opening, reading is a highly enriching way to stay COVID-free. Here are five titles to occupy the month of August.

On The Move, A Life by Oliver Sacks

This month is the fifth anniversary of the death of the prolific and wise M.D. whose insights and perceptions about COVID-19 would be so valuable were he with us today. His memoir is the most candid of his books, describing the reckless behaviour, substance abuse and other more constructive and equally passionate pursuits, including for music, that helped him overcome an extremely adverse childhood.

The Song of Names by Norman Lebrecht

Readers of Ludwig Van Toronto are familiar with the weekly column Lebrecht Listens and Slipped Disc, the world’s most-read cultural website, founded by Lebrecht in 2007. They owe it to themselves to read his superb novel, the Whitbread First Novel Award winner, The Song Of Names. The gripping depiction of the Anglo-Jewish community during and after World War II, including its role in classical music, and their desperate attempts to save Jews on the other side of the English Channel, offers fascinating vantage points on diverse characters and communities struggling with their inconceivable losses, in part, through music.

Too Strong for Fantasy by Marcia Davenport

Though largely forgotten today, Marcia Davenport was at the epicentre of pre- and post-war American classical music. The daughter of Alma Gluck, one of America’s first classical music recording artists, (and whose recording of Carry Me Back to Ole Virginny for the Victor Talking Machine Company went viral by the standards of the day), Davenport was also the stepdaughter of Efram Zimbalist and stepsister of Efram Zimbalist Jr. She was a regular guest on Metropolitan Opera broadcasts, and wrote the first American biography of Mozart, along with several bestselling novels that were made into films you’ll find on Turner Classic Movies. Too Strong for Fantasy is her memoir of the musical, literary, and political titans she knew, including Arturo Toscanini, Maxwell Perkins, and Jan Masaryk.

Us Conductors by Sean Michaels

2020 is the hundredth anniversary of the first performance of the Theremin, an early electronic instrument named after its inventor, Leon Theremin. The remarkable endurance of this inventor, who survived the 1918 Spanish Flu Pandemic, Stalin’s Gulag, and lived until age 97, is the subject of this Giller Prize winning novel. A timely read about withstanding seemingly insurmountable challenges.

Play it Again: An Amateur Against the Impossible by Alan Rusbridger

If you tell yourself that you’re too busy to practice a musical instrument, Alan Rusbridger’s memoir of tackling Chopin’s Ballade No 1, Op. 23 while also being the editor of The Guardian will obliterate that excuse. Dedicated to his mother, who told Rusbridger that learning music would bring him companionship, this is a portrait of an amateur pianist as a lifelong high achiever. His quest to learn a piece that makes virtuosos quail results in encounters with major pedagogues and performers, including Alfred Brendel, Daniel Barenboim, and Canadian Stewart Goodyear, who assist him in mastering the daunting score.