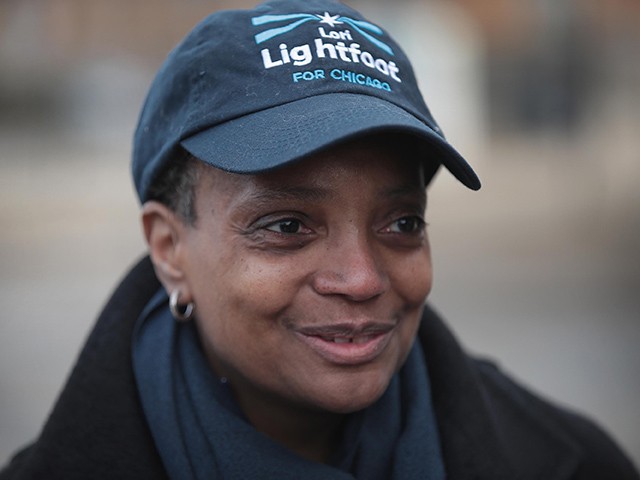 NBC 5 noted that weekend shootings began Friday with a non-fatal incident just after 5 pm, when two individuals were shot while standing in a gas station parking lot “in the 800 block of West 59th Street.”

Less than 30 minutes later a 19-year-old was shot and left in serious condition while sitting on a porch on West Cullerton. The violence continued from there.

On Tuesday, Mayor Lightfoot acknowledged President Trump would be sending in federal agents to help curtail the gun violence that has surged in Chicago throughout this year. But the Chicago Tribune reported Lightfoot made clear she will be ready to use the courts to stop the use of federal agents if she believes the Trump administration overreaches.

When Trump spoke out against the violence ravaging Democrat-controlled cities in June, Lightfoot reacted by stating she does not “need leadership lessons” from the president.

On July 16, 2020, Breitbart News reported Lightfoot responded to Trump’s idea of the federal government stepping in by calling for more gun control. Two of the central controls she demanded were universal background checks and an “assault weapons” ban. She did not mention the Chicago-area already has an “assault weapons” ban, thanks to a Cook County prohibition.

Moreover, Chicago and the entire state of Illinois already have a licensing process for would-be gun owners that includes a background check.