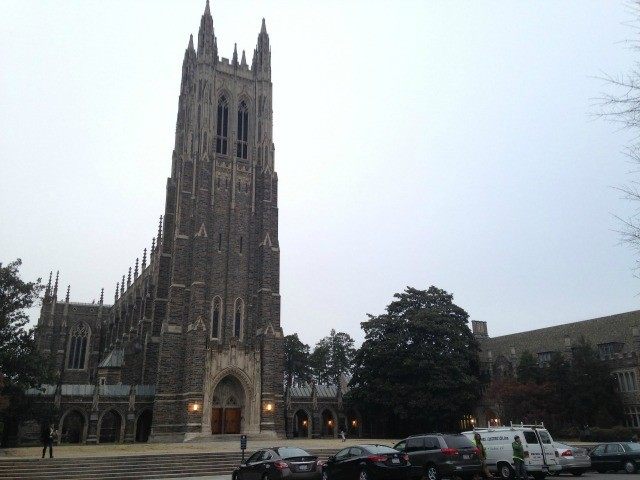 According to a report by the College Fix, students at Duke University are calling for the campus police department to be abolished in the aftermath of the death of George Floyd.

A nine-page letter signed by more than 50 student organizations argues that Duke “must imagine a world beyond police” and end all forms of policing on campus. The letter also suggests that American policing should be abolished because it originated in “slave patrols.”

We are Duke’s Black Coalition Against Policing (BCAP), a group of students that arose in response to the state-sanctioned murders of George Floyd, Breonna Taylor, Tony McDade, Rayshard Brooks, and countless others by police officers. Following the 2014 murders of Eric Garner and Michael Brown, we witnessed a series of reforms that have ultimately failed, as they have only inflated police budgets at the expense of Black, Brown, and Indigenous communities. Let us state this unequivocally: originating in slave patrols, policing is inherently rooted in white supremacy and cannot be reformed. Thus, the only avenue towards justice is abolition. Now, we must imagine a world beyond police and prisons, one that seeks to heal and rebuild our communities from generations of systemic violence.

Breitbart News reported earlier in July that students at Georgetown University were making a similar push to ban police officers from campus. A petition circulated by students called on administrators to declare Georgetown a “sanctuary campus” for protesters.

“Black lives matter, and protestors have a right to peacefully fight for justice. In agreement with a similar petition from Georgetown faculty, The Corp and GUSA—as institutions built to care for and protect student needs—and with the signatories, urge the university to establish Georgetown’s main and downtown campuses as sanctuary spaces, open to protestors and closed to external police or security forces,” the petition read.

Stay tuned to Breitbart News for more updates on this story.